The ultimate list of the Best Golf Courses Spain

Spain is one of the most popular golfing destinations in the world, and it's easy to see why.

Spain now boasts over 450 golf courses located all around the mainlaind and the Balearic and Canary Islands, many are recognised as some of the best golf courses in Europe and beyond.

And if you are looking to enjoy the whole golfing experience in one place, there are plenty of golf resorts overlooking the fairways with many also located close to popular beach resorts where golfers can enjoy the vibrant nightlife and delightful food offerings after the round is over.

Here is a list of all the best golf courses in Spain, region by region.

Almeria is very similar to the Costa del Sol, although less touristy, it is an excellent region to visit for a relaxing golf holiday with terrific dining options.

There are seven wonderful golf resorts and clubs to play in Almeria with the most popular being the Desert Springs Resort. Guests staying at the hotel will receive an unlimited number of golf rounds, making it the perfect golf getaway destination.

The Valle del Este Golf Resort is another popular place to visit. This classic resort is one of the newer developments in Almeria, and its lush fairways make it a hotspot for golf. Visitors receive rounds of golf included in their room rate. 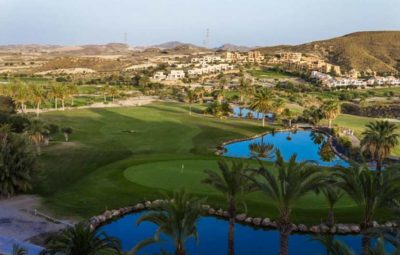 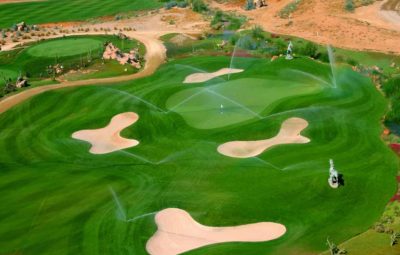 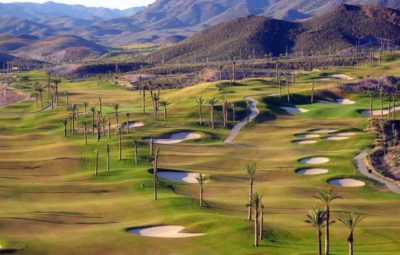 Enquire about Golf Holidays to Almeria

The Balearic Islands are made up of five unique islands, Mallorca, Menorca, Ibiza, Formentera and Cabrera. The islands have been a popular golfing destination for many years for golfers from the UK and northern Europe.

Mallorca offers the largest number of courses with around 20 golf courses open to the public. The golfing high season is between April-May and October- November, the low season is during mid-summer where you will find plenty of great deals if you don't mind the heat. 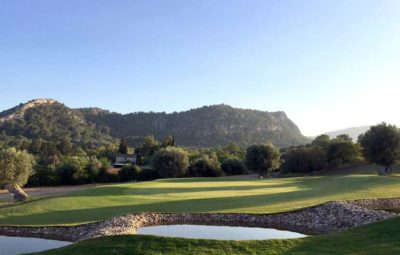 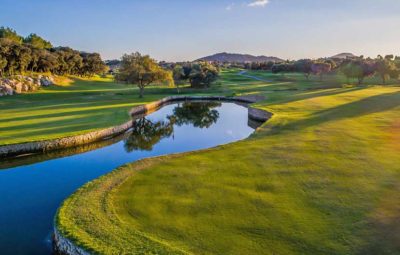 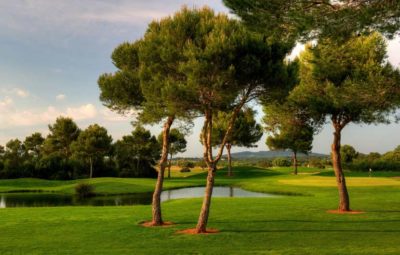 Enquire about Golf Holidays to the Balearic Islands

Barcelona is one of the most visited cities in the world, however, it also offers a range of golf opportunities on some of the best courses in the region.

Barcelona golf courses are increasingly in high demand with the climate of north of Spain still mild enough to be able to play all year round. Even the hotter summer months of July and August are generally good to play without suffering the often more intense heat in the south of the country.

The golf course in the Barcelona area are located in the green and fertile lands which surround this world-renowned city.

The golf clubs tend to be more membership orientated so it is always best to book beforehand. 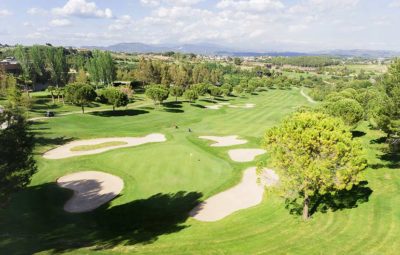 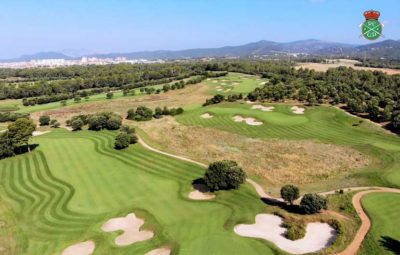 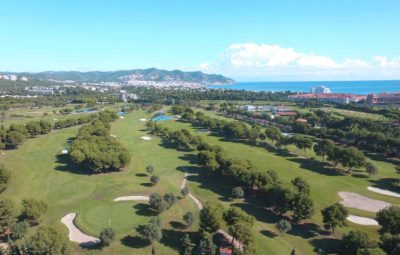 Enquire about Golf Holidays to Barcelona

The Canary Islands are blessed with a near-perfect climate with average all-year-round temperatures of between 20c and 25c. This has made the islands a perfect winter destination and now boasts numerous high-quality golf resorts.

Most of the courses make good use of the landscape offering stunning backdrops of sea and mountains in perfect surroundings of first-class golf resorts such as Salobre Golf Resort, Meloneras Golf and the Golf Del Sur complex located close to the popular beaches in southern Tenerife. 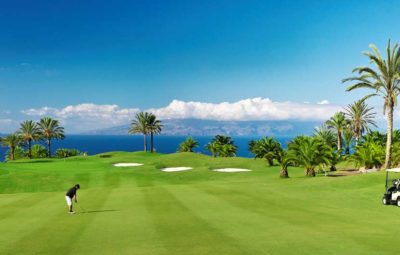 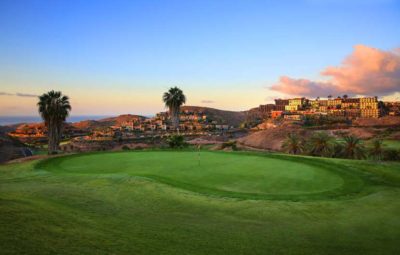 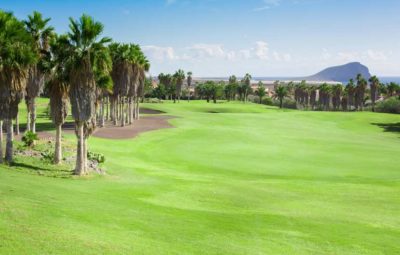 Enquire about Golf Holidays to the Canary Islands

Enquire about Golf Holidays to Castellon

Next to the Costa del Sol in Southern Spain, the Costa Blanca is now a major golfing destination located on the east coast of Spain.

The Costa Blanca is over 100 miles of gorgeous Spanish coastline that nestle up against the Mediterranean Sea. Running along the southeast coast of Spain, the Costa Blanca is a sun worshipper’s dream. Average temperatures in the region never dip below 14 degrees Celsius, making the Costa Blanca a perfect destination no matter the time of the year.

Thanks to its ample sunlight, comfortable winters and lush, open spaces, the Costa Blanca is perfect for golf holidays. The area is divided into three sub-regions: Costa Blanca North, Costa Blanca South and Valencia, it stretches from Alicante in the South to Denia in the North.  Altogether, there are more than 30 golf courses for players to try. From world-class courses to some that have featured on the PGA European Tour, the Costa Blanca has some amazing courses to experience. 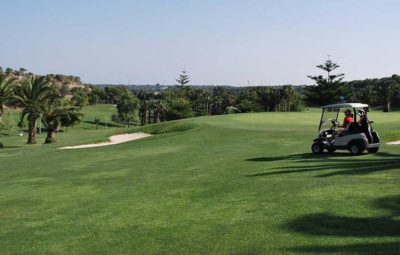 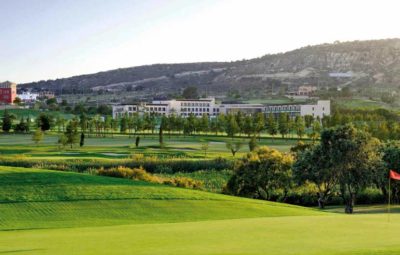 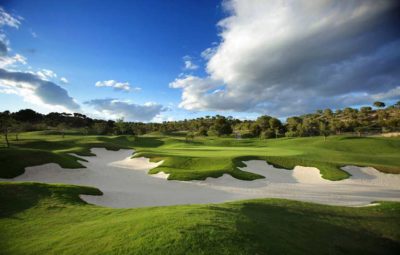 Enquire about Golf Holidays to Alicante

Valderama Golf was chosen for the Ryder cup in 1997, it was a momentous occasion for the area and certainly boosted the popularity of the sport on the costa del sol.  In 2007 the same club celebrated in style as the Volvo Masters commemorated its 20th anniversary, the longest-running single sponsorship in European golf.

Due largely to the success of the Ryder Cup, golf was taken to new levels on the Costa del Sol as it gained universal recognition and along with it came even more quality courses which have been constructed to supply the ever-increasing demand for Golf in southern Spain.

This concentration of quality courses and an enviable climate has made the Costa del Sol one of Europe’s top golfing destinations to many hundreds of thousands of northern European golfers each and every year. 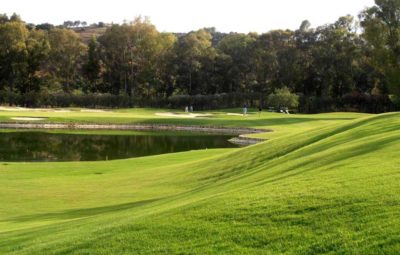 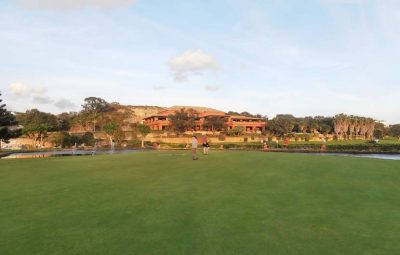 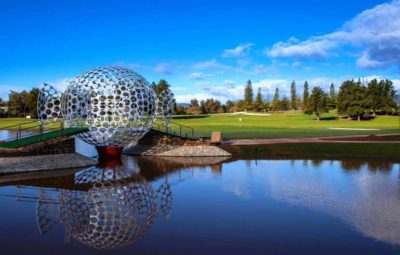 The Costa del la Luz is located on the south coast of mainland Spain and boasts being home to a number of top quality golf courses.

The Gulf of Cadiz is also home to a number of historic towns such as Cadiz, Huelva, Ayamonte and the natural wilderness that is the Donana National Park. Huelva boasts some of the best beaches anywhere in Spain, noted for the high quality of the sand and water cleanliness. 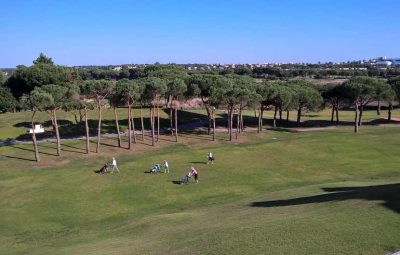 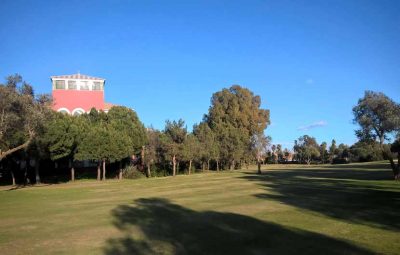 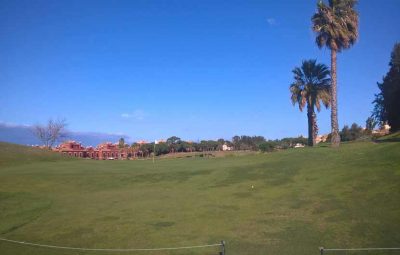 Enquire about Golf Holidays to the Costa de la Luz

Girona is located around a 30-minute drive north of Barcelona and deserves a special mention as it is home to one of the best golf courses in Spain, the PGA Cataluyna.

The PGA Cataluyna resort boasts two world-class golf courses consistently ranked among the best in Europe. The stadium course has been home to the Spanish Open on three occasions and the resort is a regular venue for European Tour tournaments. 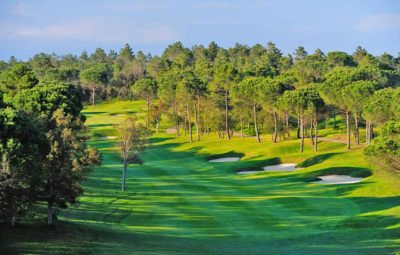 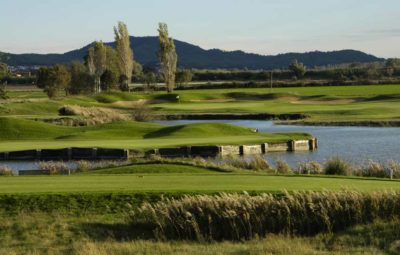 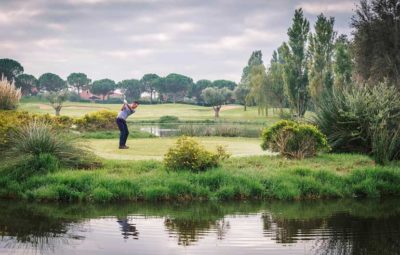 Enquire about Golf Holidays to Girona

Enquire about Golf Holidays to Granada

Murcia now offers a selection of high quality and great value golf. With around 12 well-established courses located within golf developments, the region is fast becoming a major golf holiday destination.

The most popular destination in Murcia is the stunning La Manga Golf Resort, home to three great courses. This sport and leisure resort borders local natural parks and sandy, isolated beaches. Thanks to its location and gorgeous year-round weather, it is an ideal golf holiday retreat.

The Roda Golf Resort close to the Mar Menor is another top course attracting many new golfing groups each year. 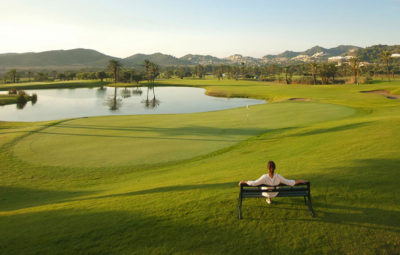 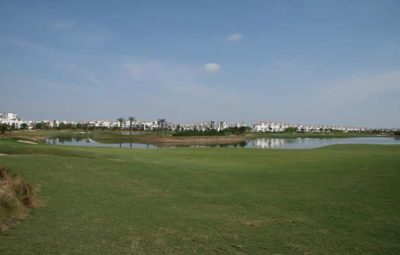 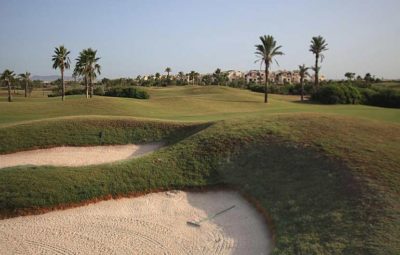 Enquire about Golf Holidays to Murcia

Enquire about Golf Holidays to Tarragona

Enquire about Golf Holidays to Valencia