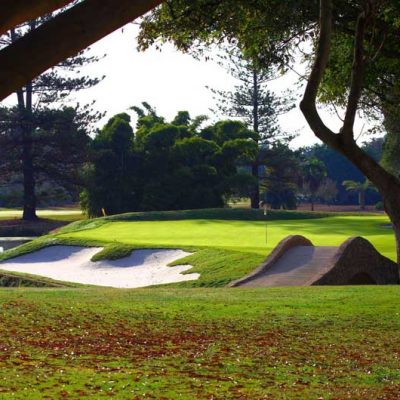 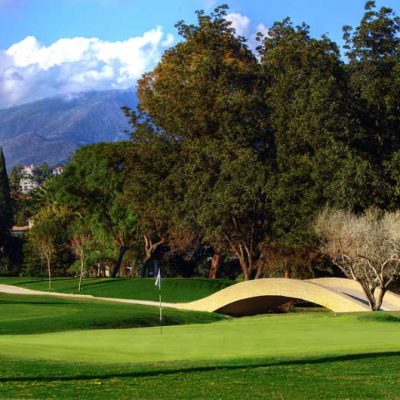 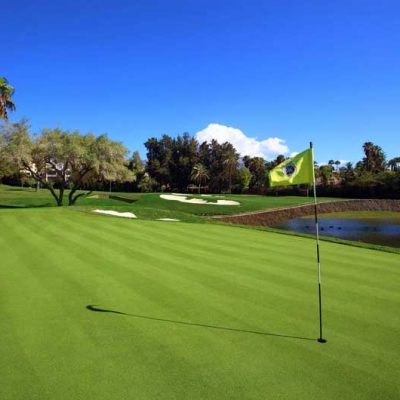 Situated in the Marbella Golf Valley the Real Club de Golf Las Brisas is one of the top golf courses on the Costa del Sol and highlights the craftsmanship of American designer Robert Trent Jones.

Labeled as an intelligent course, the course demands accuracy on the part of players rather than just hitting long shots. Consisting of a lot of water hazards, ten artificial lakes amidst natural surroundings.

The course includes numerous water obstacles: there are ten artificial lakes fed by two streams. The greens, the majority of which are raised, are amply protected by bunkers. The results of Robert Trent Jones’s efforts, which we continue to enjoy today, were truly notable and original, obtaining a difficult and attractive course.

He was also original in his choice of Bermuda grass for the fairways and Pentcross Bent on the greens, unusual species in the Europe of the sixties. The outcome of all this is a round that requires a precision game of golf.

The Spanish Open held in 1987 was won brilliantly by Nick Faldo, followed by Severiano Ballesteros, only two strokes behind, with the latter beating the course record with 64 strokes in the Pro-Am played the day before the competition.

In 1989 the World Cup was held at Las Brisas for the second time and won by the Australian team, led by Peter Fowler and Wayne Grady, with the Spanish team formed by Jose Maria Canizares and Jose Maria Olazabal as runners up.

Book Your Golf Holidays With Confidence