The first luxury Parador hotel in Spain was built in 1926, the brainchild of King Alfonso X111 in a bid to use quality tourism as a guardian of the national and artistic heritage and to assist the poorer regions of Spain. They are still run and administered by a state-owned company.

Today there are around 90 Parador hotels in Spain and can be found in the most privileged locations within castles, palaces, fortresses, convents, monasteries and other historic buildings.  There are also a few modern Parador hotels, built in traditional style, in areas of outstanding and captivating beauty.

The term luxury is often used when referring to the Parador chain of hotels and the ideology behind them was to offer very comfortable accommodation at a relatively attractive price, prices vary from around 95€ to 200€ for a Standard double room per night.

Most of Spain’s national parks either have a Parador hotel inside or close by, these include the beautiful nature reserve of Donana in Huelva, the Picos de Europa National Parks, Cazorla Nature Preserve, Parque National del Teide on the Canary Islands, and the beautiful Sierra de Grazalema in the heart of Andalucia.

Due to the privileged locations of each Parador hotel, you will never be more than a few hour's drive from each one.

And each one offers unique dining experiences with authentic cooking based on traditional dishes of each region where they are situated. 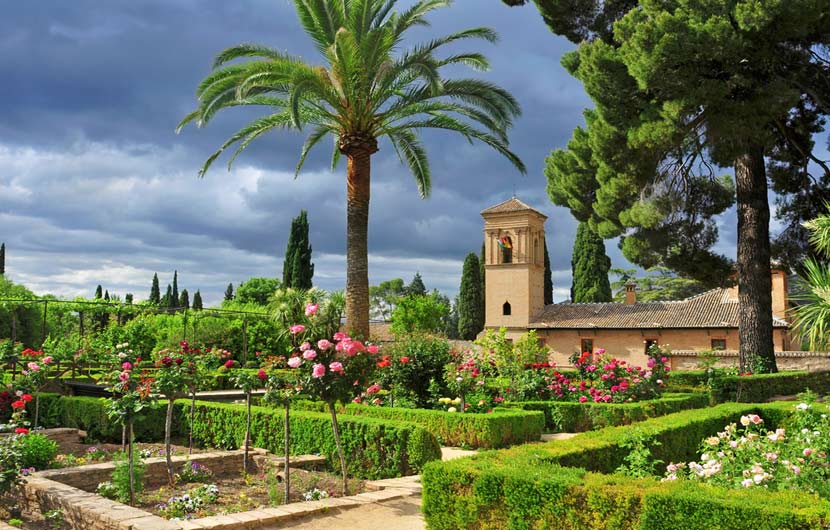 One of the most enchanting Parador hotels in Spain is located within the gardens of the historic Alhambra Palace in Granada.

A former convent built on the orders of the Catholic Monarchs, this monumental complex offers guests gentle strolls around the city, whilst the building itself invites them to discover a fantasy interior mixing Moorish and Christian features.

Some of the rooms have exceptional views over the Generalife, the Secano gardens and the Albaicine, whilst the classical furnishings and many portraits mark the decor of interior spaces.

Authentic dishes served at the Alhambra Parador include Andalucian Gazpacho, Sacromonte Omelette,  Santa Fe Pionono cake, all served under the coffered ceiling of the impressive dining room. There is also a pretty summer terrace for alfresco dining.

The spectacular Parador de Ronda is located in the heart of the Andalucian countryside boasting a stunning position overlooking the magnificent Tajo de Ronda gorge.

Enjoy a delicious buffet breakfast before setting off for a day of sightseeing in Ronda, a perfect town to walk and discover the historic sites and local attractions.

There are plenty of typical local tapas bars and quaint restaurants within walking distance of the hotel. 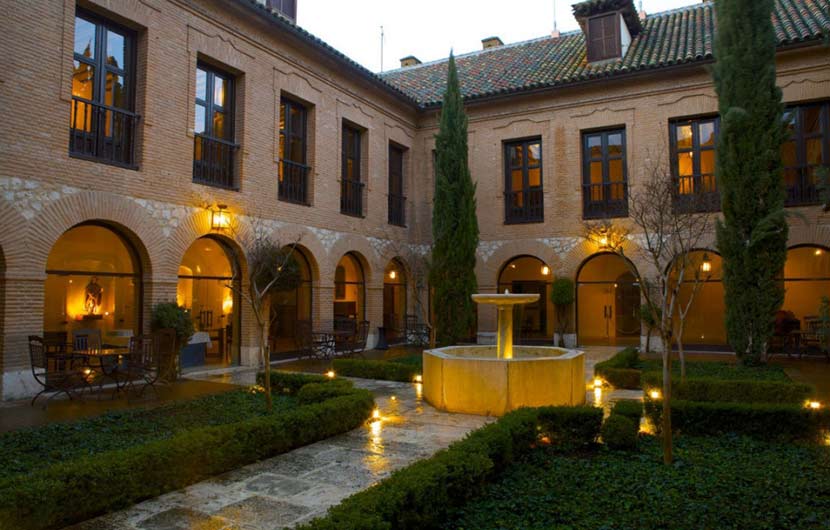 The Parador de Chinchon Convent is a picture-postcard hotel ideally positioned in the middle of the town of Chinchon close to Madrid.

Rooms at the Parador de Chinchon Convent are decorated in traditional style, are spacious and comfortable, the décor blends perfectly within such a historic monastery building.

The immaculate gardens are perfect for a stroll with the outdoor areas all captured in the locally sourced honey coloured stone. 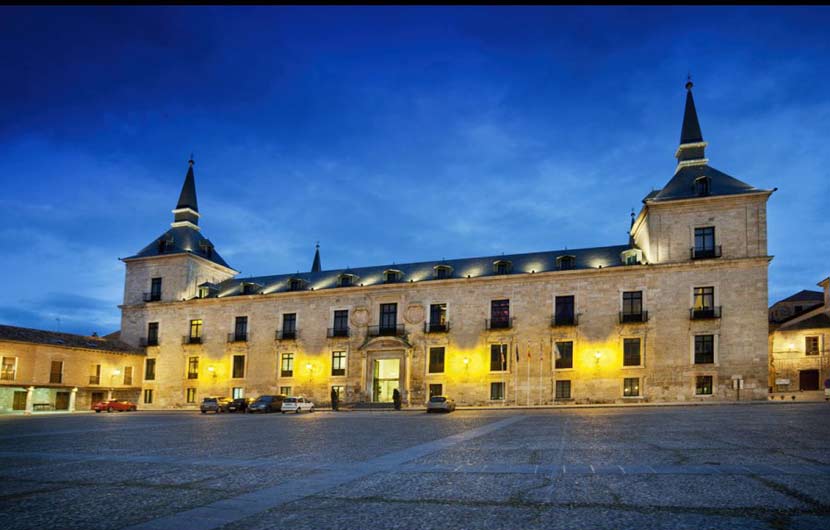 Rooms at the Parador Hotel de Lerma are large and comfortable with romantic honeymoon suites available.

Some of the interesting features include a collection of medieval manuscripts, the salon of Luis I De Borbon, and an extraordinary statue of the Coronation of the Virgin.

Burgos Airport is just a 40-minute drive away. 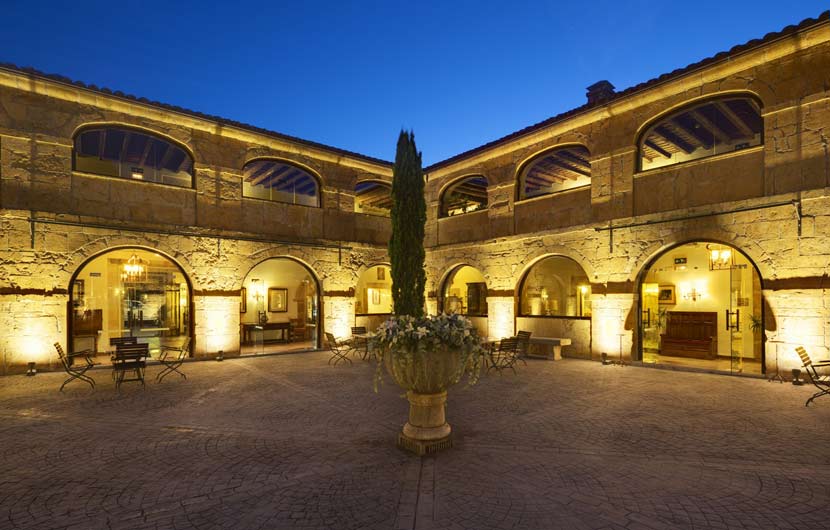 The Cangas de Onisc Parador is located in the heart of the picturesque region of Asturias in northern Spain surrounded by the lush green Asturian countryside.

The ambiance and service are second to none.

For dining you can indulge yourself in one of the chef's creations who is renowned for using only the best locally sourced ingredients. Famous Asturian dishes are cooked with a twist and include fresh seafood game and local beef dishes. 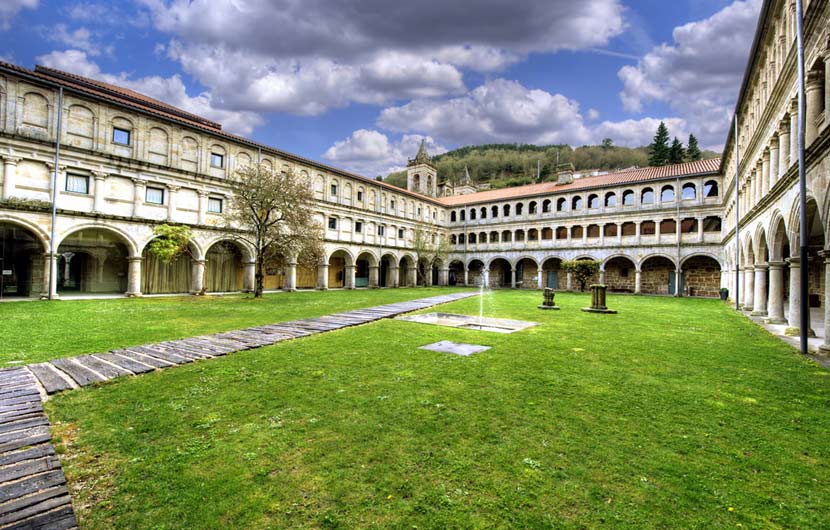 Parador de Santo Estevo is located in Nogueira de Ramuín near the city of Ourense within the stunning green lands of Galicia in North West Spain.

The facilities are first class and include a spa centre, a Turkish steam bath and gymnasium.

Guests staying are treated to a unique dining experience at the on-site restaurant. 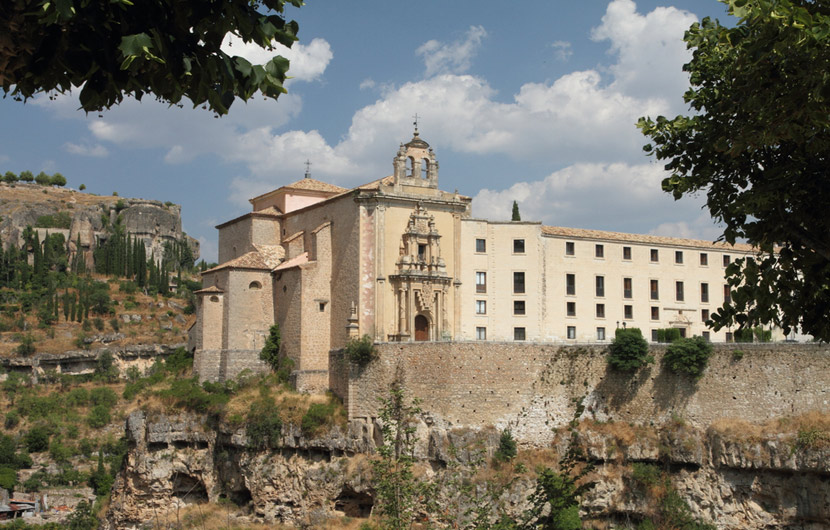 The Parador de Cuenca is located in the city of Cuenca in the province of La Mancha. Situated close to Cuenca Cathderal, the hotel is an ideal base to explore the local area and attractions.

Guest enjoy a superb setting with all the amenities to ensure a perfect stay within the historic surroundings.

The Cuenca Parador houses both a restaurant and a bar where guests can unwind of an evening with dinner and a drink.

A wide variety of cafés, restaurants and shops can also be found close by.