The Canary Islands have long been a hotspot for holidaymakers in search of sun, sea and holiday fun

The Canary Islands are located 72 miles west of Morocco and is Spain’s farthest found territory from the mainland.  This unique archipelago draws around nine million holiday makers each year to enjoy the all year round excellent temperatures, the diverse landscapes, vibrant nightlife and stunning beaches.

The Canary Islands, often referred to as the Canaries are made up of a group of islands, in order of size they are, Tenerife, Fuerteventura, Gran Canaria, Lanzarote, La Palma, La Gomera and El Hierro. There are also a number of smaller islets which include Isla de Lobos, found just of the northern coast of Fuerteventura and La Graciosa,  Alegranza, Montana Clara and Roque del Este and Roque del Oeste all located to the north east of Lanzarote.

Of the huge visitor numbers each year the island of Tenerife is the most popular holiday destination followed by Lanzarote, Gran Canaria and Fuerteventura. Due to the islands privileged position, close to the coast of Africa, the enviable climate makes it  perfect all year round holiday destination. The summer months are the hottest, around 30 degrees Celsius on average with plenty of sunshine and very little rain. The winter months are slightly cooler with an average temperature of around 20 degrees with the possibility of a few heavy showers, so a jumper may be required for those evening strolls.

For marine and water sports enthusiasts there are many water and sea activities to part take in all around the Canary Islands. Diving is a popular option allowing you to explore much of the diverse marine life which surrounds the islands. Fish species include trigger fish, bream, grunt, goby, blenny, and grouper. You can also take underwater photography, breathtaking photos of sea urchins, jellyfishes, mollusks, and crabs among many other marine life species.

Explore the Islands that make up  the Canary Islands

Tenerife is the largest and most popular of all the islands chain with a wealth of beach resorts found on the sun-blessed south. There is an amazing choice of accommodation from luxury hotels to budget friendly hostels and self catering to villa rentals.

Tenerife is home to Mount Teide the world’s third tallest volcano and the highest point in Spain. The area around Mount Teide is a must place to visit as you will be welcomed with spectacular and unworldly like landscapes, over two million people visit this mountain each year just to witness the unique and stunning scenery. The volcano is of extreme importance to the natural world which became a UNESCO designated World Heritage Site in 2007.

Top things to do and see in Tenerife:

Fuerteventura is the next most popular holiday hotspot after Tenerife home to some of the best beaches you will find anywhere in the world. The climate is sub tropical and boasts around 3000 sunshine hours a year.  The diverse landscapes, awesome beaches and tranquil and spectacular surroundings has made Fuerteventura a special holiday destination for sun and beach enthusiasts as well as nature lovers.

Fuerteventura offers visitors awe inspiring beaches  with long stretches of golden soft sands at Morro Jable in the south to the Corralejo National Park in the north, home to several miles of rolling sand dunes.

Top things to do and see  in Fuerteventura

Gran Canaria is a classic holiday destination, Europe’s love affair with this Island goes back to the 19th Century and is as popular as ever today. Gran Canaria originally meant the great island of dogs dating back to around 500 BC. A wealth of beach resorts can be found on the sun-blessed south – the most attractive part of the island.

Don’t forget to visit the spectacular golden sand dunes of Maspalomas, a true testament to the pristine wilderness of the region. Also take the opportunity to visit the Palmitos bird park, and don’t miss out to visit the town of Agüimes, on the eastern flank of the island: a wonderfully charming place where you venture beneath the sea in the island’s most popular scuba-diving area.

Top things to do and see on Gran Canaria

The popularity of Lanzarote as first class holiday destination started back on the 1970s as a top choice for holidays makers looking for sun sea and beaches and was the forerunner of the package holidays.

Lanzarote is the eastern most island of the chain and was born out of volcanic eruptions around 15 million years ago. The island is a land of contrasts, with amazing beaches and  black and reddish rocks that give you a feel that you could be on another planet. Lanzarote was declared a World Biosphere site in 1993.

Top things to do and see on Lanzarote

La Palma is known as the beautiful Island, and for good reason as it offers visitors a chance to see awe inspiring landscapes, amazing beaches, enchanted forests and imposing volcanoes.

La Palma is a draw for star gazers who flock to enjoy the super clear night skies which are enhanced by the strict light pollution laws in force. Unesco declared La Palma a World Biosphere Reserve in 2002.

Top things to do and see on La Palma

A visit to the smaller island of La Gomera is also well worth it as the island contains a number of various attractions that revolve around its terrain, unique wildlife, and indigenous plant life.

The island is home to gigantic volcanic rocks and is where exposure to the elements of nature and subsequent erosion due have turned the rocks into beautiful pieces of natural art.

The local community considered some of these rocks sacred such as the Fortaleza. Wildlife species found in this area include the Gomeran lizard, Gomeran skink, Hyla Meridionalis, and the Laurel Pigeon.

Top things to do and see on La Gomera

El Hierro also known as the  meridian Isle  as the zero meridian line passed through the Punta de Orchillla Cape and was used mostly on 17th maritime maps.

It is a Unesco world biosphere site full of rich vegetation, lava cliffs and volcanic forests. And for the underwater diving enthusiasts the are over 46 quality dive sites to explore a spectacular marine paradise.

Visitors will also have unlimited access to free wifi which is available all over the island.

Top things to do and see on El Hierro

Traditional Canarian cuisine consists of a variety of fruit, fish, and fresh vegetables, you can expect to find lighter meals that are generally easier to digest in a warmer climate. Meat is consumed as steaks or part of tasty beef and pork stews. cheese is also very popular and a number of award winning cheese are made locally including Finca de Uga (Lanzarote), Maxorata (Fuerteventura), Teisol (Tenerife), and Guriamen (Fuerteventura).

One of the famous traditional dishes in the Canary Island are Papas Arrugadas ( wrinkled potatoes ) which are easily prepared using small potatoes cooked in water and  sea salt served with delicious sauces, the two most common sauces are mojo verde and mojo picon, known as the green and spicy sauce respectively.

Fish and seafood is always a firm favorite and the ever present tapas concept is in force all around the island. 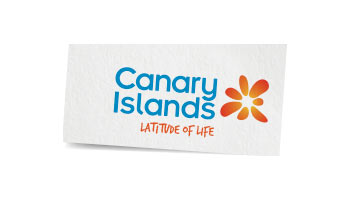 The Gran Hotel Iberostar Salome is located in Adeje in southern Tenerife. A stunning 5 star hotel offers elegant rooms and every amenity to ensure you are pampered from the moment you arrive including a spa and wellness centre, outdoor tennis, Turkish bath, jacuzzi. The hotel is just a 10 minute walk to Fanabe beach and plenty of bars, restaurants and nightlife to enjoy.  Reviewer Rating: 9.7

The 5 star Hotel H10 Rubicon Palace is ideally located right by the Playa Blanca beach on the southern tip of Lanzarote and is one of the most highly rated luxury hotels on the Island of Lanzarote.  Excellent amenities include the Despacio Thalaso Centre and Despacio Thalaso Centre Gym as well as stunning pools, water slides, miniature golf, outdoor tennis courts and bicycle rental.  Reviewer Rating: 8.8

If you are looking for luxury accommodation on the awe inspiring Canary island of Fuerteventura then try the adult only superb Avanti Hotel Boutique Fuerteventura located within the beautiful beach resort of Corralejo on the northern tip of Fuerteventura. This top notch boutique offers 15 chic rooms with a few honeymoon suites. It is perfectly located right by the Corralejo promenade close to all the local attractions, eateries and nightlife as well as being in close proximity to some of the best beaches on the Canary Islands. Reviewer Rating: 10.0

The Hotel Hacienda De Abajo by Vikhotels is another top notch 4 star hotel located in the picturesque west coast of the island of La Palma close to Tazacorte marina.  The hotel offers elegant comfy rooms, a high quality personal service and excellent facilities including a heated outdoor pool, it is also just a stone's throw from nearby clubs and bars and all the well known tourist spots. Reviewer Rating: 9.7