Spain produces well over 100 different varieties of cheese with each region offering up its own speciality from fresh to cured, fermented to blue-veined.

One essential characteristic is the type of milk used in the production which varies from region to region, the time of the year it is produced, the climate and tradition.  the best Spanish cheese is made from cows, sheep's or goats' milk, or indeed a mixture of all three.

Cheese is a mainstay of the Spanish diet where it is eaten just about every day, whether by itself, or with bread, or as a tapa or even as a dessert.

Because of the variations in climate and geography, as well as culture, each region of Spain can produce several or more varieties of cheese.

Each cheese has its own unique characteristics that affect the finished product, such as the type of milk (sheep, goat, cow or a mixture), the production process, the history or traditions and the ageing or curing process.

You are never far away from being able to enjoy good fresh Spanish cheese, which is readily available to buy in municipal markets,  larger supermarkets and speciality shops.

The smaller delicatessen shops are a great place to buy cheese as you will find the shopkeepers are usually better prepared to assist with extra information on the varieties and flavours available.

In general, cow's milk cheeses are found in the north, along the Cantabrian coast, from Galicia to the Basque Country, and along the northern Cantabric Mountain Range and the Pyrenees.

Sheep's milk cheeses are found inland, from the north, in Cantabria and the Basque Country, down to the flat lands of Castilla-León, Castilla La Mancha, Aragón and Extremadura.

And finally, goat's milk cheeses are found mostly along the regions of the Mediterranean coast, from Catalonia to Andalucia.

Mixed milk cheeses are generally produced across the whole country with the predominant milk of each area being more used in the mixes.

Spanish cheeses are wide and varied but can be divided into three main classes:

Fresh Cheese  ( Queso Fresco ):-  This is a cheese that has not been cured or aged in any way.

Semi-Cured  ( Queso Semi Curado):-   Semi-cured is for cheese which has been aged for around two to four months.

Cured  ( Queso Curado):- This is cured cheese that has been cured for 4 months upwards.

Like wine production, Spain uses the DOP system for its cheese classification, there are 28 DOP ( Protected Designations of Origin ) regions in Spain plus 2 IGP ( Protected Geographical Locations) regions.

The DOP Regions are:

Manchego is Spain's best-known cheese, named after the province of La Mancha where it is made.

The area is best known as the home of Don Quixote, this popular cheese is relatively sweet and mild as cheeses go, with mild to very strong tastes depending on the cured age, it also has a touch of salty nuts.

Manchego was originally made to barter at livestock markets as it provided durable food for the shepherds.

Cabrales is a blue cheese of great character. It is handmade on farms in the Picos de Europa mountains of Northern Spain and matured in caves which are aired by cold, damp, and salty winds blowing up from the Bay of Biscay.

Traditionally Cabrales gourmet cheese is made with a mixture of cow, sheep and goat milk; the locals say that cow's milk acidifies the cheese.

This is one of the finest blue cheeses in Spain offering different types of flavours depending on the type of milk used.

The humidity level in the caves is around 90% with a temperature between 8 and 12C. the environment necessary to promote the growth of penicillin spores which gives the cheese is green patches and blue veins.

The ripening stage in the caves lasts between 2 and 5 months, the cheese is regularly cleaned and turned during that time.

Mahon cheese has a distinctively fruity cheese is named for the major town of the island of Menorca.

Local farmers have been making cheese here for centuries but its reputation rests on the skill of the local experts who collect the young cheeses from the producing farms. They then proceed to ripen them in underground cellars for two months to two years.

During the maturity process, butter paprika and olive oil are often rubbed onto the rind.

This cheese is quite dense in texture with a salty buttery taste and is often eaten with olive oil, tarragon and black pepper.

Tetilla D.O.P is an unusual cheese. The remarkable thing about this is its shape as it looks like a breast ( Tetilla ).

This wide conical cheese from Galicia is made from the milk of cows grazing on the lush pastures behind the coastal mountain ranges.

The cheese is made from pasteurised cow's milk and has a yellow rind and is creamy and slightly salty in flavour.

The milk used for the production comes from well known breeds such as  Frisians, Alpine Browns and Rubia Gallega.

Originally produced high in the Pyrenees above Pamplona, this rustic ewe's milk cheese was often smoked in the rafters of the shepherds' huts. Today, Idiazabel is made all over the Basque country in both factory and farmstead, from unpasteurised milk.  The cheese is produced in small drum shapes in varying sizes.

Marjorero is one of the most popular Spanish cheeses originating from the Canary island of Fuerteventura, it is quite fatty with a strong pungency.

It is a hard-pressed cheese made from the tasty Marjorero goat's milk and up to 15% sheep's milk from other parts of the Canary Islands.

The secret of its taste comes from the aromatic full fatty full flavour of the Marjorero goat, which is capable of producing up to two litres of milk a day.

A cheese museum was opened in 2014 to celebrate this famous Canary delicacy which is located in Antigua on Las Palmas.

Zamorano is a hard sheep's milk cheese which differs from the well-known Manchego as it has a nuttier and richer flavour.

This cheese has a slightly sharp bite, it is buttery with a nutty after taste and a texture that melts in the mouth.

This cheese goes well with a bodied red or white wine.

Afuega'l Pitu means fire in the throat because its concentrated taste gives a hot sensation as if it sticks to the back of your throat.

The young version of this gourmet cheese has a milky flavour and is medium-soft in texture, it is also smooth with some granular structures.

Mature Afuega'l Pitu Blancu has a strong taste and is only recommended for the true cheese connoisseur.

Roncal cheese comes from the rich sheep's milk of the legendary Lacha and Aragonesa breeds of oveja sheep.

Depending on the season, these herds graze in the high Pyrenees or the Bardena area of Navarra, the province that was the setting for Ernest Hemingway's "The Sun Also Rises."

It is made in one of seven villages in the Roncal Valley, with nutty and piquant flavors and a firm, chewable texture.

Somewhat similar to Pecorino Toscano and Manchego, Roncal has its own unique, mouth-watering character and pairs well with a Tempranillo wine.

Cantabria's creamy cheese comes from the Cantabrian sea coastal region of Cantabria, in Northern Spain (Vizcaya Gulf). Before obtaining the Denomination of Origin it was only known as Queso de Nata.

This creamy cheese perfectly defines the qualities of this cheese. It is soft and almost melts in your mouth, leaving smooth flavours of cream cheese but with a delicious distinctive bitter point.

Cabra al Romero is a relatively new goat's cheese. The dairy that makes it is based in La Mancha in Central Spain and is the same company that makes the famous Manchego cheese.

The Cabra al Romero cheese is coated with rosemary, perfuming the inside without being overwhelming.

Arzua Ulloa is also called Queso de Ulloa and is made in Galicia, in the North-Western part of Spain.

This is a pale, soft and creamy cow´s milk cheese which becomes stronger in flavour the longer it ripens and matures.

The cheese can be made with either pasteurised or raw milk and can range in age anywhere from two weeks to about six months.

The shepherds used the word 'atortao', meaning 'cake-shaped'. Torta de Casar has an intense aroma with a well-developed flavour with a touch of bitterness which comes from the rennet planet used in coagulation.

The texture is smooth and melts in your mouth with very little saltiness.

Our pick of the top cheeses used for the famous small tapas dishes: 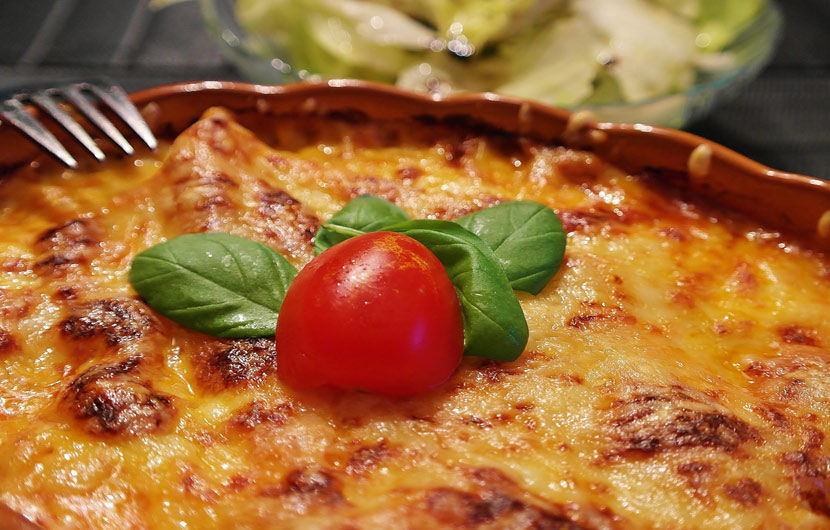 Tetilla is one of the most popular soft Spanish cheeses and tastes just as good when it's melted. This recipe is from the Olive Magazine and inspired by the Lobos Tapas Bar London.

This is one of our favourites created by Albert Bevia of Spain On a Fork, this dish is easy to prepare and uses Manchego cheese paired with a tasty fresh Romanesco Sauce.

This takes mac and cheese to the next level. A delightful dish created by EB at Easy Peasy Foodie.