Andalucia is a beautifully diverse province located in southern Spain 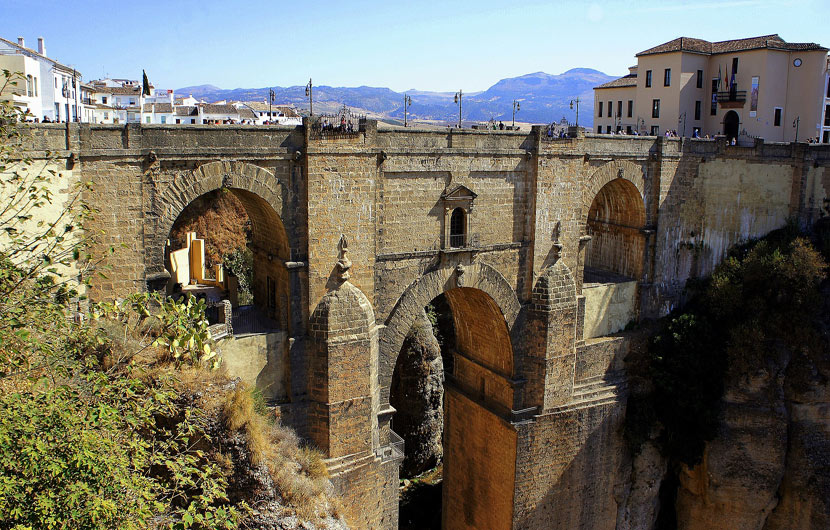 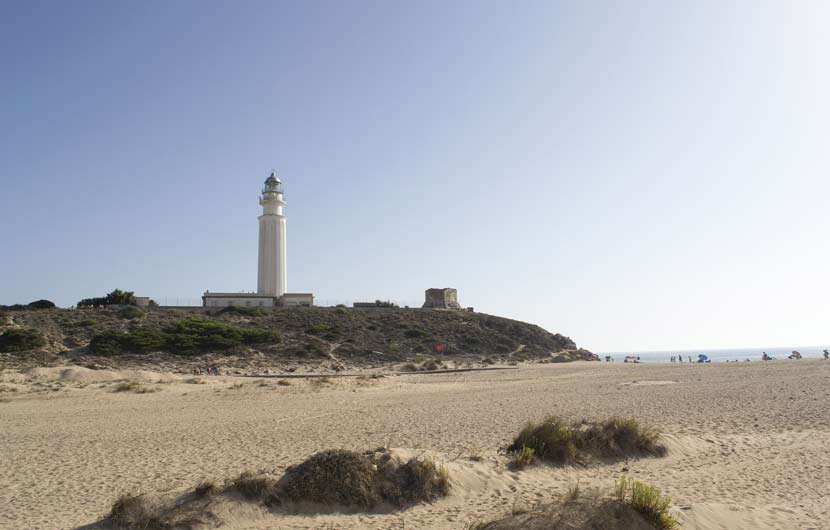 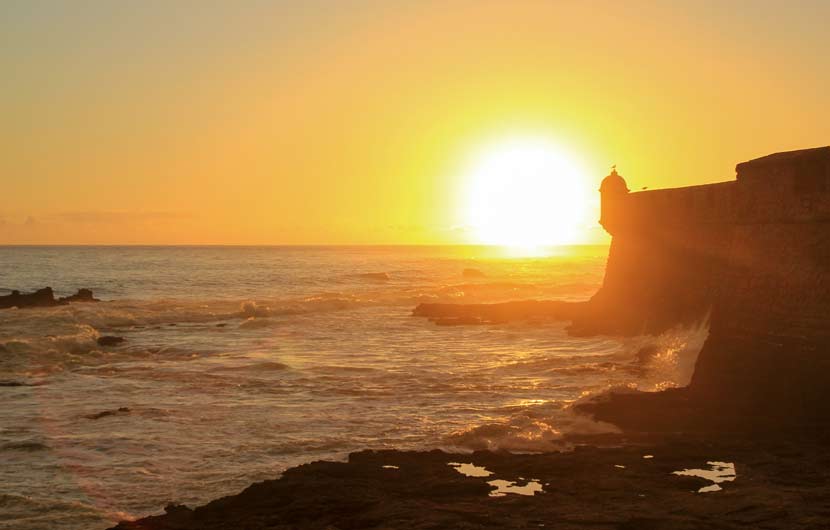 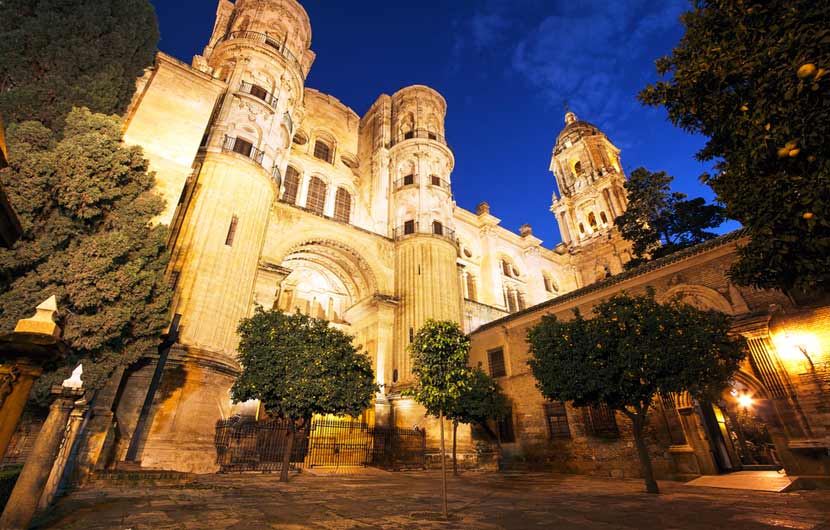 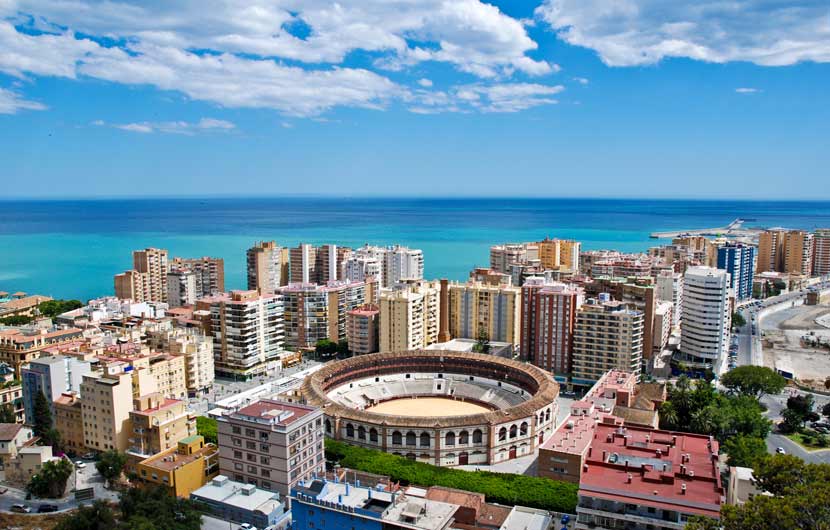 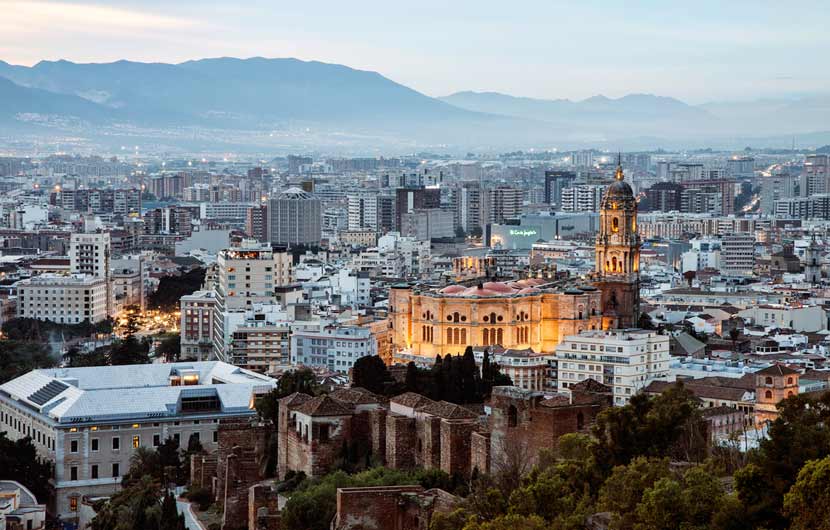 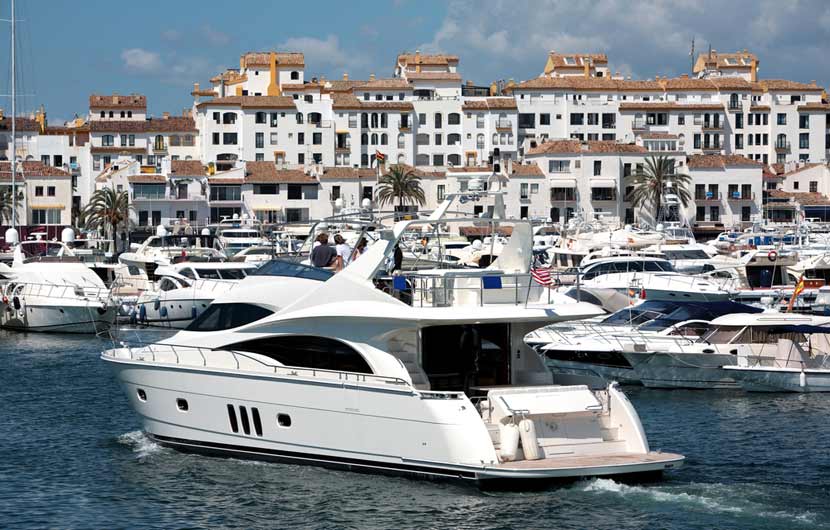 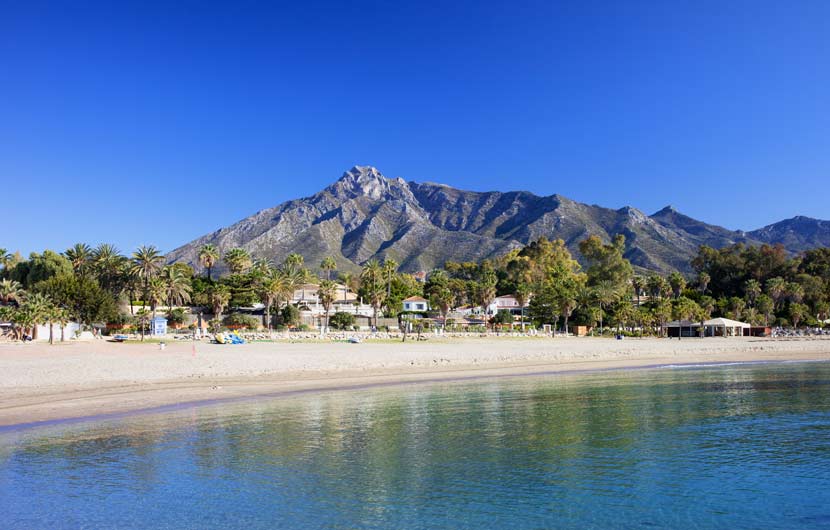 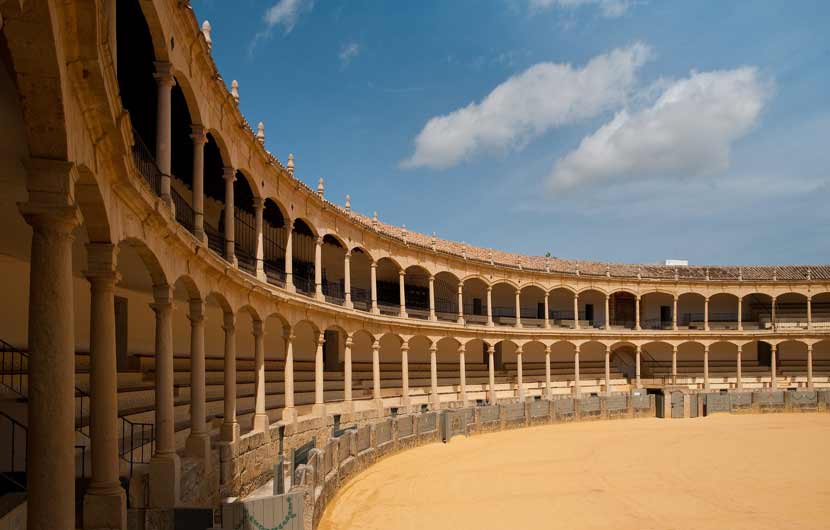 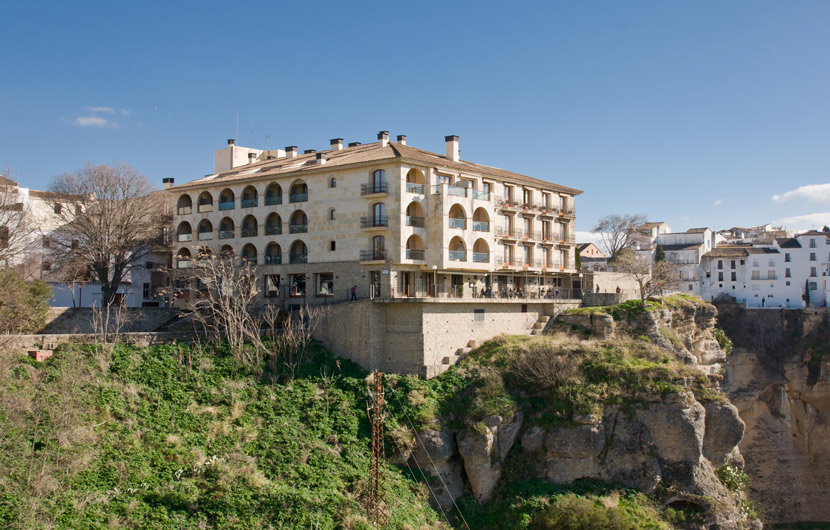 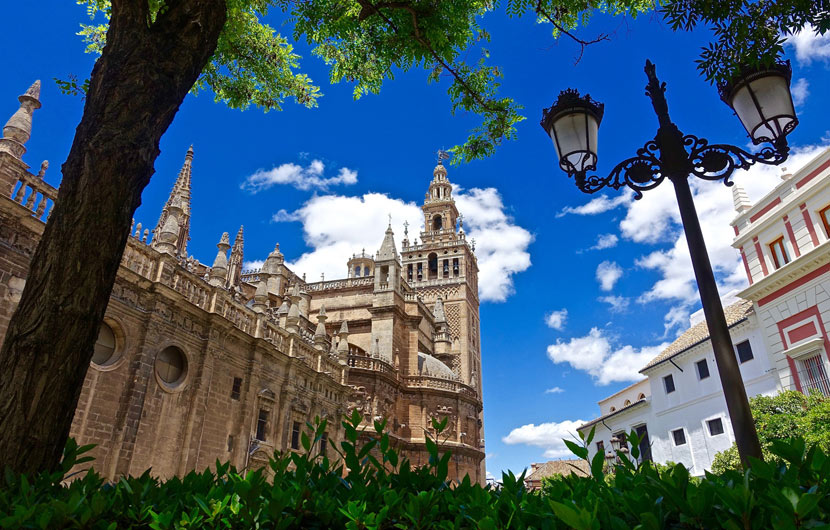 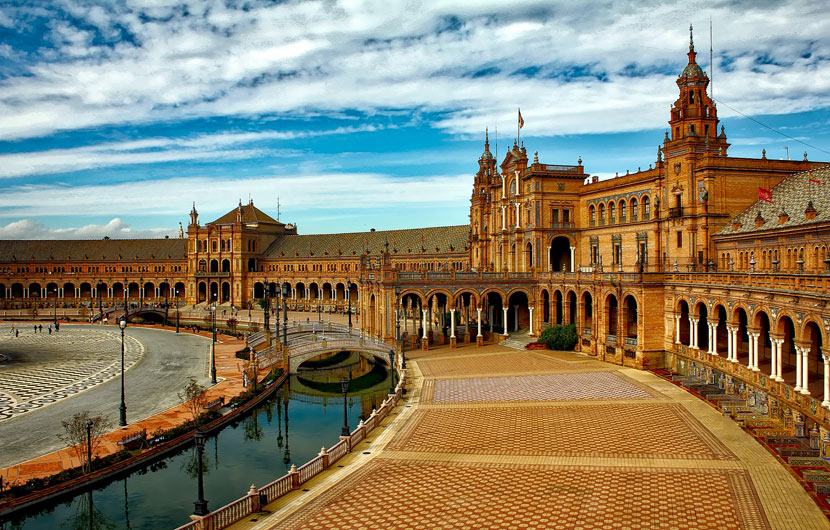 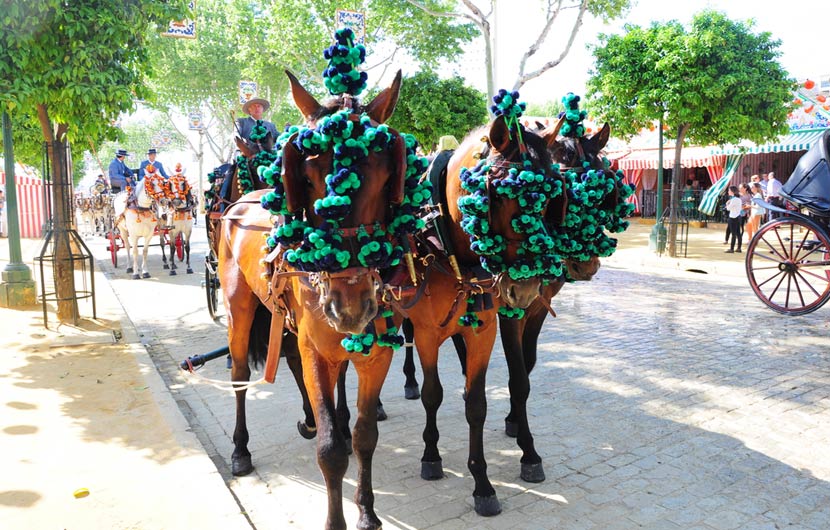 Andalucia is the most populous region of Spain, home to the important cities of   Granada, Cordoba, Malaga, Cadiz and Seville.  Andalucia is blessed with an enviable climate with great mountain ranges, impressive beaches and is home to Europe’s only true desert.

The region is a major hub for tourism in Spain, noted for its first class beach resorts such as Marbella on the Costa del Sol.  The region’s capital Seville, is full of Andalucian charm and history, as well being the home of the tasty tapa!.

The sub-tropical climate of Andalucia has a reputation as being one of the best in Spain. It boasts with mild winters and hot, dry summers with an average temperature of around 24C.

Andalucia is also well know for its many festivals and fiestas including the Seville April fair, the El Rocio pilgrimage and the Easter holey celebrations of Malaga and Seville.

We have compiled a comprehensive  Spain travel resources page to help you plan and book a trip or holiday to Andalucia.

Top Things To Do In Andalucia

You can take part in some of its amazing festivals

Andalucia is home to friendly people who are always ready to have a good time. Local festivals are perfect to soak up traditional activates and enjoy the real Spain

Some of the best-known festivals include the Seville Fair, the Festival of Corpus Christi in Granada, the Malaga August Festival, the Feria de Nuestra Señora de la Salud in Cordoba and  the Feria de San Lucas in Jaen

Seville is home to the Cathedral of Saint Mary of the Sea, granted UNESCO World Heritage status in 1987.

The cathedral was completion in the early sixteenth century and is a the burial site of Christopher Columbus.

Andalucia is blessed with over 800 kilometers of divers coastline and many blue flag beaches set in idyllic landscapes, here are some of the best  beaches of Andalucia.

Victoria Beach is located in the province of Cadiz, Andalucia , likened to champagne, because of its champagne-coloured sand, enjoys a large beach, stretching 2 km, being the finest in southern Spain.

Popular for the many water sports, but also for the wide range of restaurants, cafes, bars and lively atmosphere, Playa Victoria offers tourists a relaxing experience, being not as crowded as other beaches.

Highly appreciated and famous, Bolonia is the hardest accessible beach in the southern most province of the Costa de la Luz, but the effort is fully rewarded. Basically, the beach offers three areas to choose from, depending on your tastes. Bolonia beach is known for its tranquility and 30 meter high sand dunes.

For adventurous spirits, the south is the paradise of surfers, beating strong winds, while the central part is dedicated to families, with umbrellas and sun beds, the parking being free.

Do not be deceived by the name of the beach, because it will surprise you at the first time. Special and strange at the same time, is the rock formation at the end of the beach, resembling a grey mountain.

You can become part of its bullfighting tradition without harming a bull!

Andalucia was an important centre of bullfighting n Spain with it's history dating back to the Roman era, one of the oldest bullrings can be found in Ronda. Thankfully the actual act of killing bulls is being banned across the country. However love it or loath its, bullfighting was an important part of Spanish life in Spain in the past and has left many relics and historical sites which are well worth visiting.

See Flamingos in their natural habitat at Donana natural park

The Donana Nature Reserve is a unique and beautiful wetlands nature park located in Almonte, Huelva in Southern Spain, some of its vast area it covers also lies within the provinces of Cadiz and Seville.

Migratory birds including dancing Flamingos, stunning scenery, pine forests and moving sand dunes are just some of the sites and attractions that await visitors to this privileged area of Spain.

Andalucia is the preferred destination of many thousand of golfers each year, It is home to the world renowned Costa del Sol which boasts more than 60 top class golf courses including Valderrama, Las Brisas, San Roque Old, La Reserva and Sotogrande.

We can help you plan and book your next golf trip with a large selection of golf holiday packages to Andalucia and around Spain.

Recommended hotels and places to stay in Andalucia

For an exceptional stay in luxurious surroundings the Hotel Palacio de Villapanes in Seville is hard to beat. Located close to the Santa Justa station at the top end of the historic city centre this world class hotel is ideal for exploring local attractions such as the Palacio de las Duenas, a 10-minute walk away, as well as the Alcazar and Cathedral. Reviewer Rating: 9.1

For an exceptional boutique guest house accommodation try the wonderful Jardines De La Reina Boutique Bed & Breakfast in Marbella With its elegant decor and 5 star facilities this is not your straight forward B&B as you can see by the high review rating it regularly receives.  This fine boutique guest house is situated in a tranquil area on the outskirts of Marbella around a 15 minute drive to the world renowned Puerto Banus Marina and Marbella's old town. Reviewer Rating: 10.0

Set in the heart of Granada's entertainment district the Hostal Rodri is a firm favorite with budget holiday makers travelers visiting Granada. The ideal location is within a few minutes walk of many of the cities top attractions including the Plaza de la Universidad, the Botanical Gardens and lots of great tapas bars and low cost eateries. Reviewer Rating:  10.0