If sun, sea and a more laid back holiday is your thing then Almeria should be high on your list of places to visit in Spain.

With over 3000 hours of sunshine per year, less than 200 millimeters of rain and warm all year round climate, the province is a sun worshipers paradise.

People visit Almeria for the tranquil atmosphere, crystal clean waters and the rugged landscapes as well off beaten private beaches surrounded by mountains.

The autonomous region of Almeria

Tourists eager to experience new things will fully enjoy the many local fiestas – beautiful and colourful parties, the old traditions are well preserved here as well as it's an undeniable beauty.

Almeria is home to the stunning Cabo de Gata nature park, enjoy the spectacular coastal pathways and panoramic views as well as great beaches and varied wildlife.  A real treat are the Las Salinas salt flats, home to pink flamingos and other wild animals.

10 Top Things To Do In Almeria

Top attractions and the city of Almeria 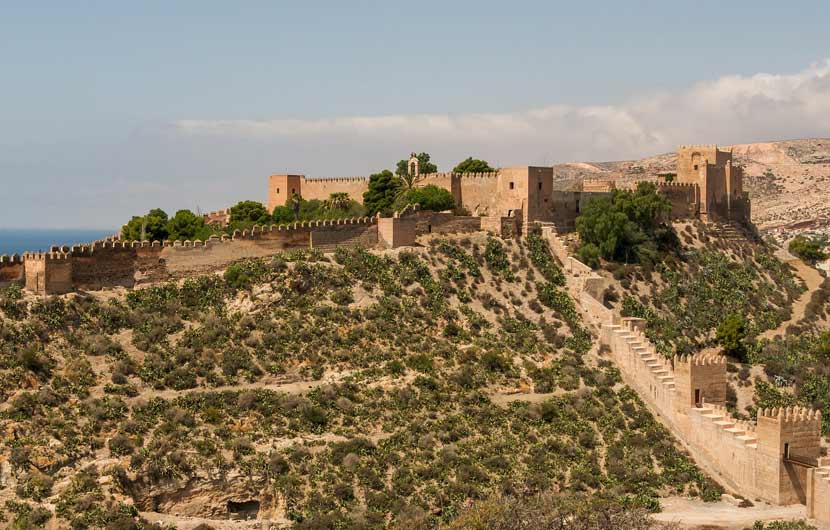 Almeria is among the top five hottest cities in Spain, boasting the warmest winters in the whole of Europe.

This lively and colourful region is rich in history with a remarkable medieval heritage and architecture, colourful markets and picturesque streets.

A must-see tourist attraction is the Alcazaba Fortress, whose construction began before 1000’s, as a refuge in case of war before being declared an ‘’Historic-Artistic Monument’’.

The region is also famous for its many olive trees and especially for producing some of the finest pure extra virgin olive oil in Spain.

Well worth a visit is the Olive Oil Museum, a perfect place to learn about this prized Spanish product.

Exploring the City of Almeria

Don't forget to visit Almeria Cathedral, built to defend the city from pirates, and rebuilt after partial destruction by an earthquake. Many of the monuments which survived still bear scars of this natural catastrophe, which struck the town way back in 1522.

Almeria is also home to Europe’s longest network of underground air raid shelters, serving as a life-saving hideout the locals during the Spanish Civil War, in the late 1930s.

Also worth exploring is Chanca, an area where houses are carved deep into the rock face.

A final must-visit attraction has got to be the Museum of Almeria, filled with artefacts and local findings from the Prehistoric, Iberian, Roman, Muslim and Greek eras – the best way to head back in time to the real roots of Almeria; the history that made it into the unique city that it is today.

Just as the sun sets over the Mediterranean, why not hit the seaside promenade and stroll around the city centre and what better way to end your day than enjoying a traditional meal in one of the city centre restaurants.

Take a peaceful stroll on the Paseo de Coches promenade or hit the bars and restaurants located along the Rambla de Almeria.

The city can be accessed via its international airport, or by very good motorway links from Malaga on the Costa del Sol and the historic city of Granada.

Spend a day on one of Almeria’s amazingly quiet beaches 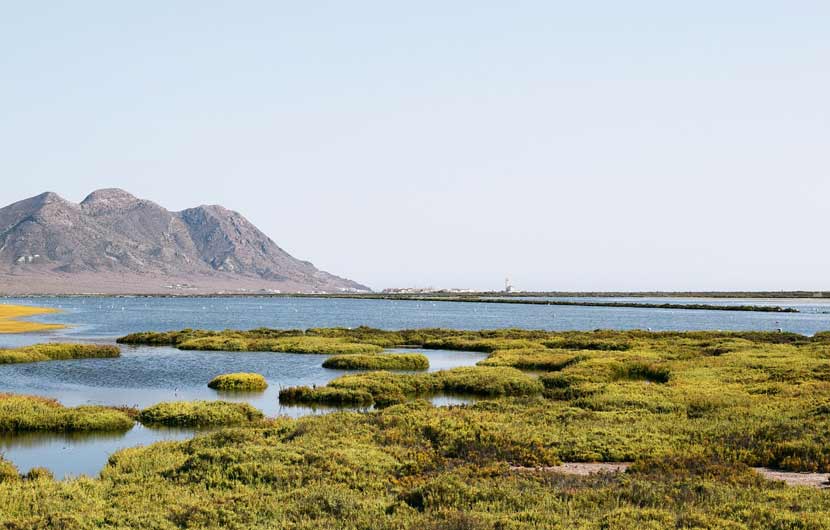 Almeria hides some hidden gems if you are a lover of quiet pristine beaches with clean warm waters.

In the eastern part of the province is the Cabo de Gata natural park where construction has been kept to an absolute minimum. Warm and clear waters flow all along the shores of this natural park. The area is ideal for tranquil bathing and snorkeling enthusiasts looking to explore the clear shallow waters around the rocky outcrops.

If this type of holiday floats your boat then head for the remote villages of Los Escullos, Playa de los Genoveses, San Jose and Playa de Monsul. These sleepy Spanish seaside towns with quite beaches may be slightly off the beaten track but are well worth the trip.

Be a cowboy or cowgirl for day! 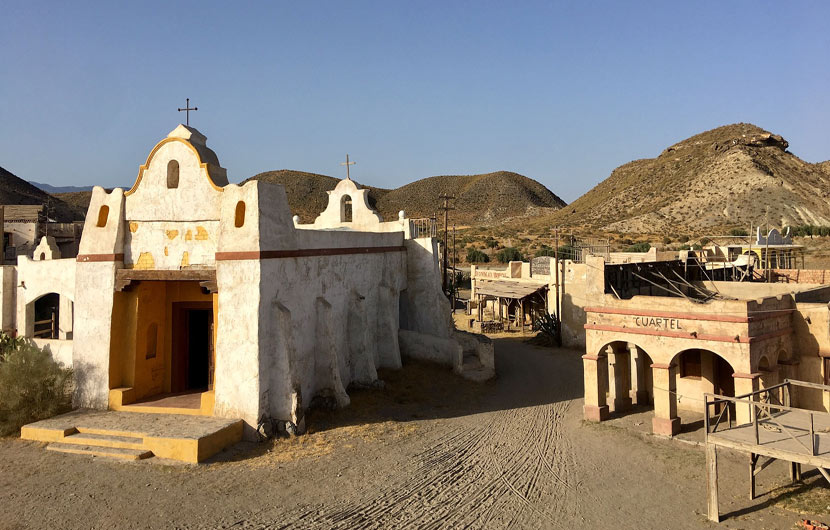 The Tabernas desert has been the location for many top Hollywood blockbuster movies including Lawrence of Arabia, A Fistful of Dollars, Indiana Jones and the Last Crusade and Lucky Luke.

There are a few film sets which open to the public and allow you to enjoy the atmosphere of an old western town and even watch or take part at being a cowboy, its great family fun and well worth visiting.

One of the most popular studios and film sets is the Mini Hollywood Western Theme Park which offers rural cabins for your stay over, horse rentals, shows, studios, a saloon bar and a nice swimming pool to help wash away the desert dust at the end of the day.

Recommended hotels and places to stay in Almeria

For a relaxing stay try the Elba Almeria Business & Convention Hotel located in a quiet district to the north of the city. Plush modern and spacious rooms await guests with all the facilities to ensure for a perfect stay. Free wifi
Reviewer Rating: 8.9

For a good all round mid range option the 2 starred Hotel Sol Almeria is well worth a look at. Located close to the city centre it is close to all the local attractions and city hotspots.Free wifi
Regular Reviewer Rating: 7.9

A popular low cost accommodation option in Almeria is the nice 2 star Hostal Maribel Almeria. They offer nice clean and good sized rooms. The hostal is within walking distance to the old quarter and may of the top local attractions. Free wifi
Regular Reviewer Rating:  7.9