Spain is undoubtedly one of those countries that we believe every traveler should visit even once in their lives.

It has a rich history, an interesting and influential culture, incredible attractions plus it offers a lot of once-in-a-lifetime experiences for those who are up for the challenge.

A quick search online will reveal that there are a lot of places that you can explore whilst there.

5 Unusual places to visit in Spain

Travel companies, like the online travel agency MustGo, also have their own lineup of places that they recommend.

However, if you’re like us, you might be the type of traveler who prefers to explore the road less traveled, the underrated cities that are equally just as picturesque and exciting, only that it’s not as advertised as the rest.

Hence, before you pack your things and get in your rental car, you might want to take a look at the locations that we recommend.

1. Watch The Horses Dance in Jerez

Watch a balletic display by Andalusian horses at the “How the Andalusian Horses Dance" show in Jerez de la Frontera.

Marvel at the skills of the horses and riders as they demonstrate different choreographies, riding in unison and pulling carriages.

This historic equine school in Jerez showcases the many skills and styles including Doma Vaquera, Classical Dressage, Carriage Driving, Work in Hand and Carrousel.

We’ve already covered places that history buffs, bookworms, and beach-lovers will love...but what about food enthusiasts?

For a culinary adventure, then we definitely recommend the city of Logroño, the historic capital of the Rioja Region in Northern Spain.

While there, you must taste their rioja and pinchos.

Visit the centuries-old wineries and don’t miss passing through Calle del Laurel where the best foods are at. Pinchos, by the way, is their version of tapas.

3. Explore the History of Cordoba

If you seek to explore history, especially dating back to the Moorish times then skip the crowded streets of Granada. Instead, visit Cordoba, a city only two hours away.

It’s a good city to experience the romance of the past and authentic Spain in a historic atmosphere.

While in Cordoba, you must see The Great Mosque - Mezquita. Like the Alhambra, it’s also an ancient and historical structure. It’s a grand mosque that dramatically combines the beauty of both Roman and Islamic architecture.

Every literature enthusiast and bookworm knows that Spain has a huge contribution to the literary arts.

And if you’re a book lover like us, then we definitely recommend visiting the city of Toledo, just an hour away from Madrid.

It will seem as if you’ve been transported into the medieval era, in the pages of your favorite epic fantasy novel.

While in Toledo, you must explore the plains of Castilla La Mancha. In fact, to complete the experience, why don’t you read Don Quixote by Miguel de Cervantes for added inspiration. Who knows? This historical city might just help you get over your writing block or reading slump.

Speaking of diving deep, Spain is also known for its rolling beaches.

For those who want the ocean breeze and turquoise waves, then we highly recommend the city of Vigo. It is located in the northwestern region of Galicia.

We don’t know about you, but for us, that’s more than enough to paint a picture of how lovely the scenery will be.

Now, for lovers of arts and culture, we present to you the City of Bilbao.

The locale is warm and friendly, and they don’t hold back from teaching you their leisurely way of living. In fact, bar hopping here is a norm, even during weeknights!

While in Bilbao, don’t miss paying a visit to the Guggenheim Museum. It’s the heart of modern art. It’s the home of Mark Rothko’s “Untitled”, Louise Bourgeois’ “Maman”, and  Cy Twombly’s “Nine Discourses on Commodus”.

We understand, though, why some people appreciate architecture more than painting, sculpture, and installation art. Hence, for those who would want to explore structures that have stood the test of time, might we suggest paying Segovia a visit instead? It’s just an hour away from Madrid.

While in Segovia, you must visit Alcazar de Segovia. It is an iconic architectural masterpiece that inspired Cinderella’s castle by Disney.

But more than that, Segovia is also home to dozens of gothic structures: monasteries, churches, chapels, and more.

8. Enjoy a morning at the Santiago Bernabeu Stadium

Explore the history of the Real Madrid football team in the Bernabéu Stadium museum.

Get access to exclusive areas, and see the Trophy Room where European Cups, UEFA cups and more are testimony to Real Madrid's football prowess.

Even if your not a mad football fan a tour of the home of the world's most successful football team is well worth it.

9. Valley of the Fallen Madrid

An interesting attraction located close to Madrid. Created as the resting place for the soldiers who died during Spain’s civil war.

There is an impressive basilica topped by the world's largest cross.

A controversial monument claimed by General Franco to be “ A national act of atonement”. This was his resting place until his remains where removed in 2019 due to public opinion in Spain.

Known as the Kings Walk, this unusual walkway is one for the adrenalin junkies as it has been named one of the worlds most scariest footpaths.

The pathway is located an hour's drive from Malaga city on the Costa del Sol.

Built in 1905, it was closed in 1999 after five people lost there lives, fortunately, though it was reopened in 2015 as a slightly more safer walk.

In 2011, the picturesque village of Juzcar, in the province of Malaga was painted blue as part of a marketing campaign by Sony Pictures for the new Smurfs movie at the time.

The blue colour became a hit locals who decided to keep the colour as it was good for tourism and brought many new visitors to the village.

Strangely though a legal dispute by the family of the Smurfs creator won a court case that banned the town from associating itself with the Smurf brand.

12. Watch The Horses Dance in Jerez

Explore and learn all about this fascinating part of Northern Spain on a full-day guided tour.

On this full-day trip you’ll depart from Santiago de Compostela with an official tour guide for Cape Finisterre and Muxia.

Explore the Coast of Death, one of the most popular areas of Galicia, and marvel at the spectacular natural landscapes.

We hope you have found our lineup interesting. Thank you for reading our post all the way through.

As a parting gift, here’s one last tip, regardless of what city you end up visiting.

Don’t forget to capture the inspiration that Spain will give. Document your trip through journaling, photos, and memories. 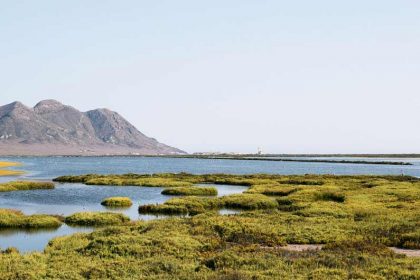 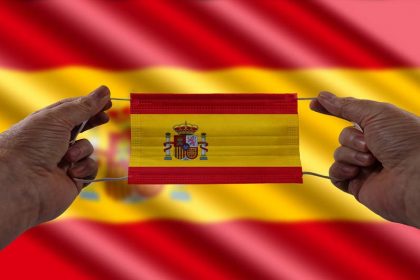 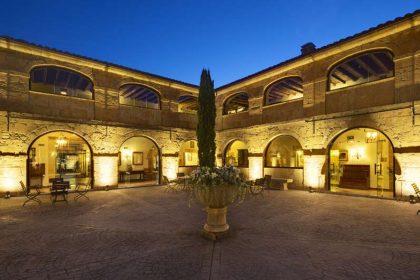 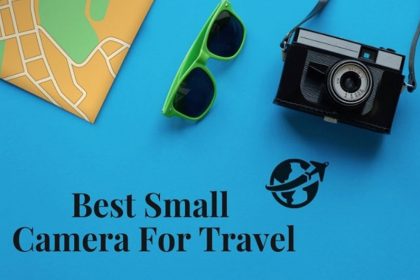 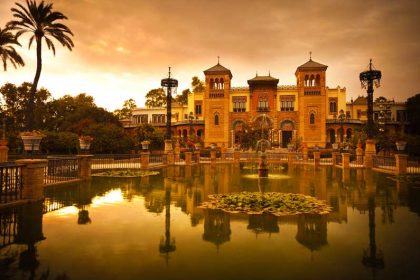 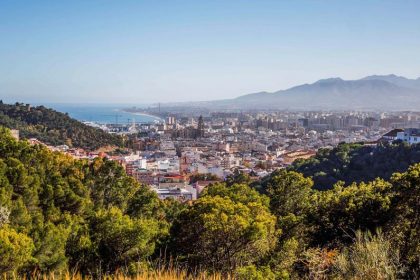 Spanish Recipes at The Paella Club