The rain in Spain stays mainly on the plain.. or does it!

The weather in Spain is certainly one of the most enviable in Europe but where are you most likely to encounter rainy conditions.  Although we all see Spain as mostly dry an arid  some areas can receive and average of 600 mm of rainfall a year. 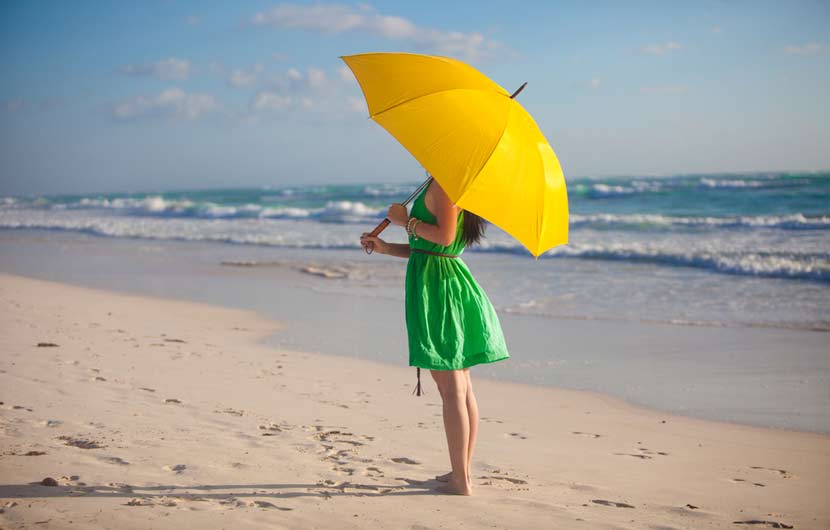 Almeria, home to Europe’s only semi desert barely has around 130 mm of rain a year, the average yearly rainfall in Spain varies hugely. Two extremes where 1,955 mm in 1855, and just 355 mm in 1981, with an average variation of 20% from one year to the next.

Average rainfall in Spain as a whole is around 650 mm with the ‘wet’ part of Spain rising to around 1,000 mm and the semi arid regions getting as little as 300 mm.

In Mediterranean Spain along the coastal areas, rainfall tends to be concentrated in just a few days, and within this sometimes within a few hours. Figures of 100mm in one hour are common.

Another example of heavy rainfall is the 119mm which fell in one hour on 1st July 2003 in the village of Manuel in Valencia.

Inter annual precipitation (rainfall, snow, hail, etc) varies hugely. In 1996 it rained twice as much as during 1990 in most catchment areas. Oddly, one of the wettest villages in Spain is not on the Atlantic coast but in Andalucia. Grazalema in the Sierra de Grazalema which has an average of over 2,000mm of rain annually. The warm, humid winds blow in from the Atlantic which cool and condense as they pass over limestone peaks.

The wettest regions are certainly that of Galicia on the Portuguese border and parts of  Navarra in northern Spain.

Average monthly rainfall in MM's in the last 110 years

Average monthly rainfall in mm for the big cities