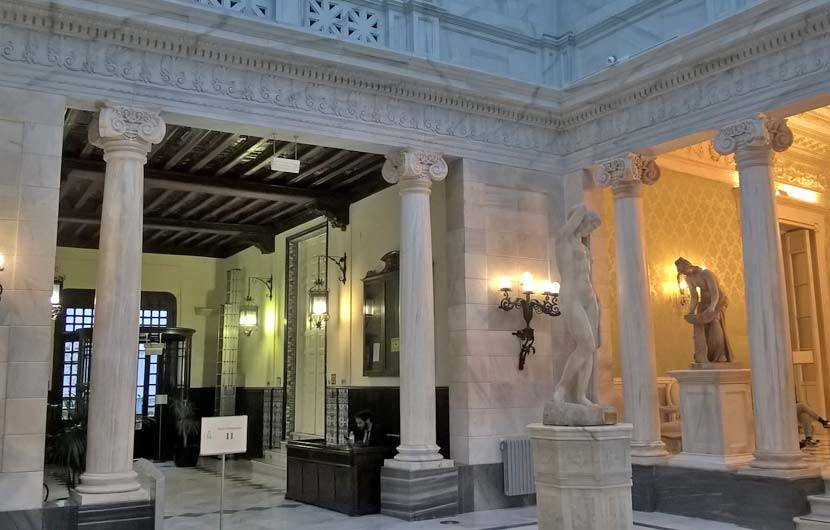 If you ever find yourself strolling around the historic city of Murcia in South East Spain then be sure to visit the old Royal Casino, a real hidden gem in the heart of the old quarter.

The Royal Casino is one of the most emblematic buildings in the city of Murcia located just a few minutes walks from the Cathedral.

As is many Casinos in Spain, this is a private members club with areas that are open to the public.

It is home to sumptuously decorated rooms, a remarkable Arabic patio, a music lounge, a charming two-story English style library, a first-class restaurant and stunning rooms that can be rented for private parties and events. 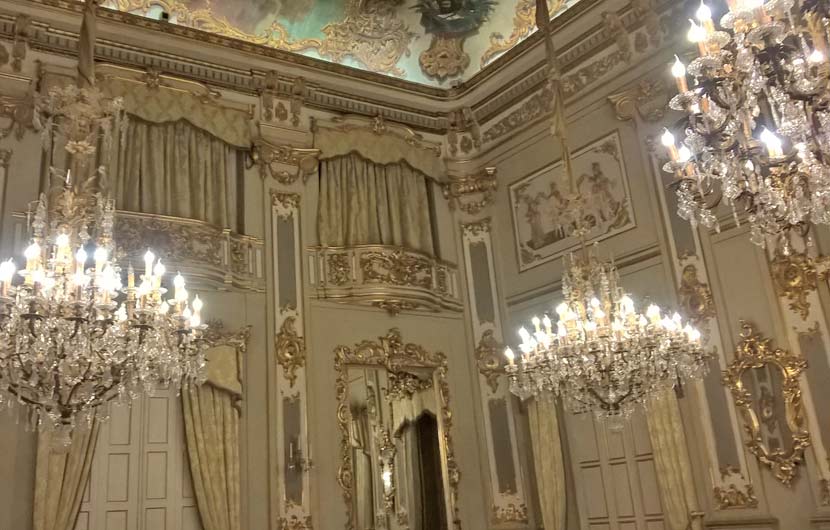 The building is quite low key from the outside and you would never think it was the entrance to what is such a unique and beautiful interior.

It is an Aladdin’s cave of period furniture, opulently decorated rooms, marble sculptures and a large collection of paintings.

The Casino was reopened in 2009 after a long and costly refurbishment which has meant that most of the public areas are now in pristine condition. 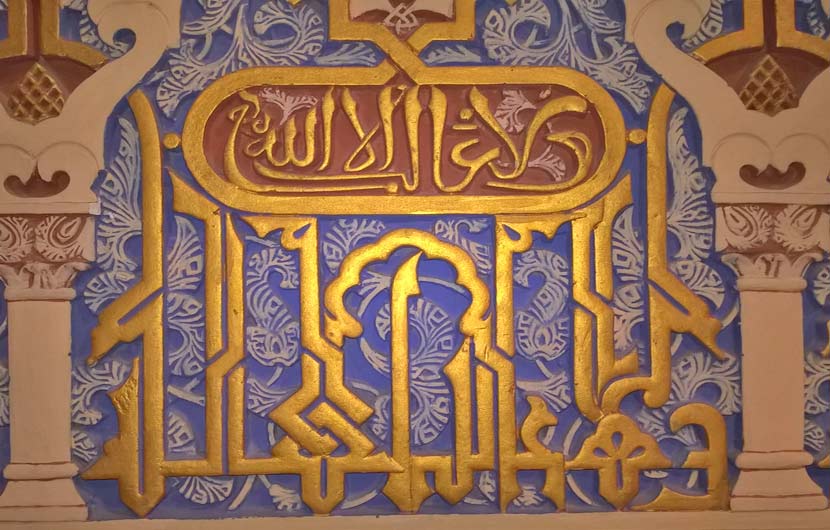 Walls of the Arabic Patio

On entering the building you are greeted by an Arabic style patio, ornate and intricate in every detail.

Built over two floors you can easily see how it was inspired by the Alhambra Palace in Granada and consists of hand made wall carvings and a large iron and glass dome.

Amazingly, over 30.000 gold leaves where used in the decoration.

There is also an English Library, created by famed British designers Waring and Gillow in 1913, it reportedly holds around 20.000 books.

One of the private members dining rooms

The Roman Patio reminds you of the best that Rome has to offer with beautiful statues and 14 impressive columns.

The gold-leafed ballroom with its vast chandeliers is the only room which remains as it was first created back in 1870.

Around 1.800 pieces of Bacarat cut glass were used to decorate the five existing lamps. 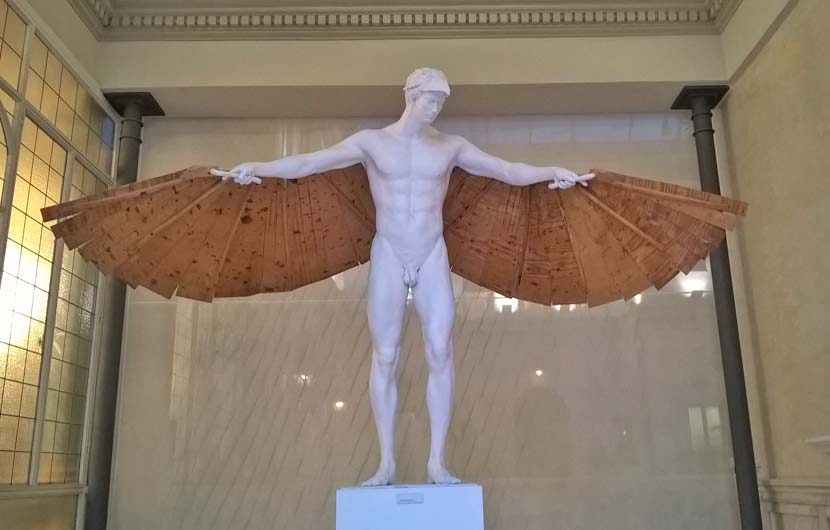 The main Royal Casino buildings are open 7 days a week from 10.30 am to 7.30 pm and well worth the  5 €  entrance fee ( which includes a free audio guide in English ). Children pensioners and students pay just 3€.

Recommended hotels in the city of Murcia

The 4 star Hotel Nelva enjoys a great location just a 5 minute drive from the historic old quarter of Murcia. The hotel offers a number of first class facilities including a pool, exterior bar, free wifi, large rooms and comfy beds.The hotel is close to a number of bars and eateries.  Reviewer Rating: 8.9

For budget travelers looking to explore the city of Murcia and the surrounding region the Ibis Hotel is a perfect choice. Conveniently positioned close to many local attractions guests at the Ibis enjoy a sun deck, a rooftop terrace and breakfast facilities. The hotel is under a 45-minute drive from Murcia-San Javier Airport. Reviewer Rating:  8.0 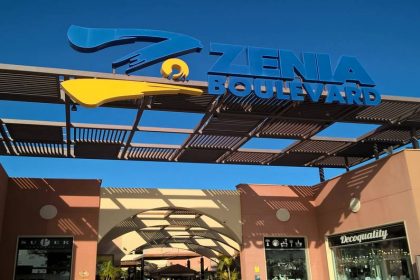