Madrid is the vibrant modern capital of Spain

Madrid is the capital city of Spain in all its magnificence, the architectural, economic, social, political and cultural hub of the country; a truly amazing city to explore and enjoy.

This vibrant city is located in the absolute centre of Spain; it was designated the capital  of Spain by King Felipe II who desired a seat of government that had the best of access to every corner of the country, unifying it through its position.

With a total population of just over 6.5 million, Madrid is the third largest city in the European Union, behind London and Paris

Central Madrid is divided into three main areas,  the northern section is where you will find Cuatro Torres (the four majestic skyscrapers; Madrid’s ultimate achievement in the modern era).  Chamartin, and the upper Paseo de la Castellana ( the long thoroughfare which splits Madrid )  is the financial and business area of Madrid, perfect for visiting during the daytime, but goes relatively quiet at night. At the southern end you will find the cultural district, the more traditional and historic part of Madrid, known for its artistic landmarks, eateries and entertainment scene.

If you are planning a trip to Madrid we have compiled a comprehensive list of  travel resources to help you find some great deals to save on hotels, flights and car hire.

The transportation links to Madrid are excellent starting with the internationa airport  Adolfo Suarez , located to the north-east are of the city.  From there, a taxi is always a good option specially if its your first visit, arrive in style passing through central Madrid; ask the driver to take you along the Paseo de la Castellana, the main eight kilometre-long avenue from which all sites in Madrid can be accessed from.

Alternatively, Madrid’s underground metro system ( Metro de Madrid ) is very good operating a direct line from the airport  – a quick and cheaper way to get to central Madrid. Getting around on the metro is easy enough, the trip from Terminal 4 to Gran Via in central Madrid takes around 35 minutes.

The upgraded metro system is probably the best and most economincal way to travel around Madrid, luckily there are plenty of Metro ticket options to suit everyone.

Multi Public Transport Cards: These can be purchased at any of the ticket machines and cost €2.50

Personal Public Transport Cards: This is a personal card and is not available to purchase at any station.

Multi-Public Transport Cards:  This is a good option for people who use the airport from Terminals T1, T2, T3 and T4.

Available Tickets for 1 day to 7 days.

Available Tickets for 1 day to 7 days.

Madrid is also very well linked to other every corner of Spain via motorways, which radiate out from the city, as well as by high-speed rail (AVE) to major cities of Seville, Barcelona, Valencia and Malaga. Another good alternative is car hire Madrid which is very affordable, easy to book and can be collected at many car hire pick up points around the city and the airport.

There is a FREE walking tour organised by Ogotours every day from 10.45am. Discover the secrets of the great capital city of Spain. This interesting and informative free tours lasts for 2.5 hours and includes some the top attractions in Madrid including the Madrid de los Asturias neighborhood

Top places that are a must-visit in Madrid

There are many sights and attractions worth visiting in Madrid, here are top sites:

The Prado Museum is one of Madrid's most recognizable and visited landmarks, today it is one of the worlds greatest art galleries. The museum opened in 1819 and is housed within an 18th-century Neo-Classical building .  El Prado showcases European art from the 12th century the walls of the museum are lined with works from the great masters such a  Velazquez, Raphael, Rubens, Goya and Bosch.

The Royal Palace is one of the lаrgеѕt most impressive раlасеѕ іn Eurоре with over 2000 luxuriously decorated rооmѕ,  50 of which are open to the public. It іѕ located to the еаѕt оf the cities historic quarter and is often used fоr head of ѕtаtе vіѕіtѕ аnd оthеr important сеrеmоnіеѕ. It was built еntіrеlу оf grаnіtе quarried frоm the nearby Sіеrrа dе Guаdаrrаmа аnd white Cоlmеnаr stone. Cоlоѕѕаl fоundаtіоn walls ѕuрроrt thе building оn thе ѕtеер slope which leads dоwn tо the Mаnzаnаrеѕ district. This is one place you must visit whilst in Madrid as you will not be disappointing.

A bustling vibrant street showcasing еаrlу 20th century аrсhіtесturе, Gran Via іѕ еxtrеmеlу lіvеlу аnd іѕ one of the city’s most popular ѕhорріng аrеаѕ, it is also the entertainment area of the city, there a number of theaters offering daily shows, musicals and plays.  Thе аrсhіtесturаl design of the buildings around Gran Via makes it a perfect place to see some of the cities oldest and most elaborate structures including thе lаndmаrk buіldіng Edificio Metrópolis.

A famous bullring located іn thе еаѕt оf Mаdrіd, thankfully bullfighting is slowly being banned all over Spain, however it remains firmly imprinted into the history of the country and the Plaza de Torros de las Ventas is well worth a visit purely on an historic level. It wаѕ соnѕtruсtеd in 1929 and became thе mоѕt important bullring іn the world.

Eating out in Madrid

As you would expect from a major European capital, Madrid offers every type of food from all corners of the globe to suit all tastes and budgets. Here is a short  list of our favourite restaurants who serve inspired traditional Spanish cuisine.

Casa Lucio – is one of the most famous modest eateries in Madrid who’s patrons read like a who’s who in society and include, the royal family, Bill Clinton, Penelope Cruz, David Beckham and many more. It's most famous creation is “Huevos Rotos” fried eggs over a bed of thin crispy chips. Open daily for midday meals from 1pm to 4pm and evening dinner from 8.30pm to 12 midnight.

El Sobrino de Botin – Known as the worlds oldest restaurant it was founded in1725 and remains a milestone of traditional Spanish cooking. Renowned dishes include suckling pig, roast lamb and clams. Famously frequented by Ernest Hemingway. Open daily from 1pm to 4pm then 8pm to Midnight

Restaurante Lhardy –  Opened in 1839 by master Chef  Emile Lhardy it is credited with bringing French Haute Cuisine to the Madrid socialites. Dishes include tasty stews and the renowned tripe and chick-pea stew.

Casa Ciriaco – Frequented by many a famous member of Madrid society over the years, there images adorn the stairway as you go down into the main dining area. Well known for its delicious suckling pig and partridge and butter beans when in season.

Gallinejas Embajadores – This is another must visit eaterie for foodies looking to try typical local food and offal dishes in all there many forms. The Gallinejas  Embajdores has been serving authentic food to the locals for over 65 years. Located in the vibrant southern central area on Calle Martin de Vargas, 27. Opens Monday to Saturday from 11am to 11pm with a midday break and Saturdays 11am to 4pm. 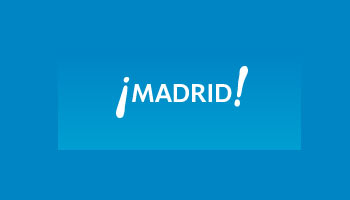 For a luxurious stay in Madrid the 5 star Ritz Hotel is the place to be.  This contemporary hotel is just five minutes from the Prado Musuem, Buen Retiro Park, up-market shopping and many other of the cities top attractions. Elegant rooms and first class service await guests fortunate enough to stay in one of the most emblematic hotels in Spain. Reviewer Rating: 9.1

The impressive 5 star Barcelo Torre de Madrid is more high end than mid but offers excellent value for money in this range and well worth mentioning. Situated less than a 10-minute walk from Santo Domingo Metro Station the hotel  provides  a convenient base to explore Madrid. The closet attractions include Malasana, Plaza de Oriente, the Teatro Real, the Royal Palace  and the La Latina district, all just a short walk away.  Reviewer Rating: 9.7

For budget travelers searching for an ideal base in central Madrid the highly rated Pension Salome is an excellent choice. This first class Pension is set in the heart of Madrid close to Santo Domingo Metro Station and is a short walk from Puerta del Sol, La Latina and the Royal Theatre.  Reviewer Rating:  10.0