June is an excellent month for festivals, both Andalucia and Catalonia have a lot going on and while Madrid and Barcelona offer city backdrops for lots of festival fun.

Some of the June festivals in Spain include the Grec Performance Arts, Barcelona’s Sonar festival, the gay parade, as well as the strange ham and water festival in Granada. For beach lovers the night of Saint John ( Noche de San Juan) is a special night spent on the beach with friends enjoying bonfires, music and fun. 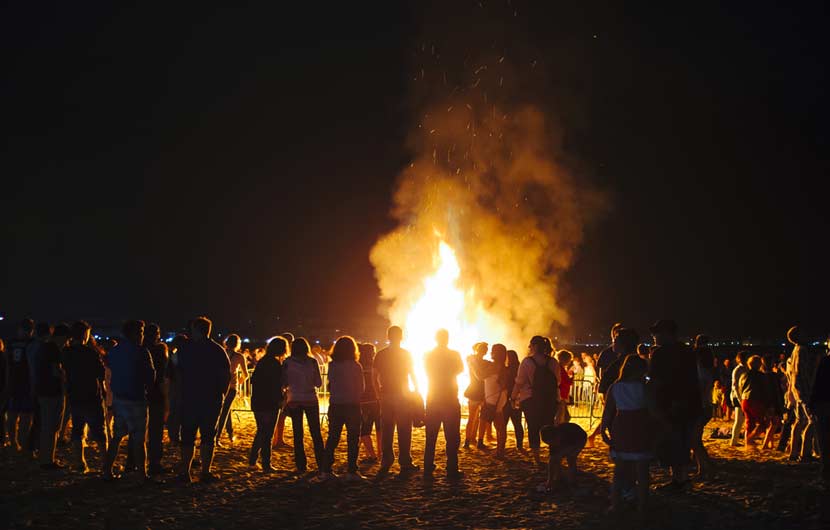 If you love beach parties the  San Juan fiesta festival is for you.  It is usually celebrated the last weekend in June each year up and down the coastal areas of Spain most notably in Andalucia where the warm temperature makes for a perfect all night party.  This ancient pagan festival is now legendary for its all night long party beach party of music, dance and fun. The night is all about fire and water, where young and old congregate to build fires and enjoy the night. According to tradition to be cleansed and purified you must jump over the fire three times.

The famous spectacle that is the Romeria de Rocio is held 50 after Easter so usually falls in June each year. This famous colourful and dusty pilgrimage pays homage to the Virgen del Rocio and is one of Andalucias largest religious festivals.

The pilgrimage to the village of Rocio is quite a spectacular and traditional affair with hundreds of brotherhoods from surrounding villages and from all over Andalucia taking part. Decorated horse and carts are beautifully and lovingly prepared in bright colours and flowers with the pilgrims dressing in traditional  gypsy inspired flamenco dresses and the men in their short cropped jackets ( a la Andalucian style ) and unique wide brimmed bolero hats. Some carts are even pulled along by oxen and horses although mostly these days sturdy 4x4 vehicles are the modern substitute, ideal for driving over the soft sandy conditions that await. The Rocieros arrive in the area and camp out in the surrounding fields and marsh land alongside the Doñaña National park.

Although the Romeria is a highly religious festival as you would expect with the Spanish it is also an time of much fun and enjoyment for all the family, and the party stops for no man. Local produce such as black foot ham ( Pata Negra ) white prawns from Sanlucar and many other excellent dishes will be eaten and all will be washed down with some the Finest wines and sherry’s the region has to offer.

The highlight of the festival for many a devotee is when the Virgen del Rocio ( a large silver shrine ) is taken our from the Church in the El Rocio in all her splendour , this is where the religious fanaticism really kicks in with thousands of devotees clamber to touch the Virgen shrine as she passes by, this can go on for several hours with many followers visibly moved by their unique experience. This custom is better understood knowing that the devoted claim her intense powers can cure disease, infertility and mental disorders.

There are no tarmac roads to speak off in El Rocio as the whole village is built on sand, vehicle parking areas have been replaced with fences to tie up the horses. If you have never visited El Rocio I would highly recommend it as it is undoubtedly one of the most unique villages in Spain. 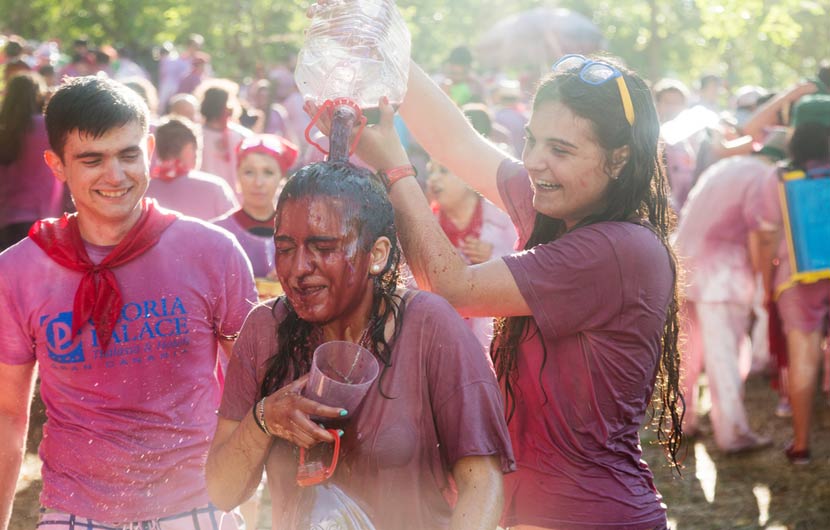 This mighty wine fighting festival takes place each year in the picturesque village of Haro the last few days of June. The location is the beautiful Rioja wine growing region of northern Spain, for wine and party lovers this is must visit festival in Spain. The festival is held on St Peters day to honor the local wine production.  Basically the locals and visitors climb a mountain and throw wine over each other, what could be more fun! The region of Haro is one of Rioja’s top wine producing municipalities with over 40% of the areas vineyards located here.  Producing great quality wine is the mainstay of the local economy and celebrated in style each year.

Theater, dance, circus, and music all get to shine during the Grec festival  in  Barcelona.  The festival is one of the highlights of the summer attractions in Barcelona  as well as the annual calendar of the European performing arts.  All the shows are well organised largely by private sector theater promoters.  The festival’s name is derived from the venue Greek theater which was built to host the Mount Montjuïc Universal Exhibition in 1929.

Some 80,000 visitors each year make it to this prestigious festival to take in the splendour of multimedia arts and live music concerts.  The main celebrations of the Sonar Music Festival are held around the Raval District where you will also find the Museum of Modern Art and the Contemporary Culture Centre.

All electronic music lovers should not miss this because apart from the big international acts, underground and experimental artists also get a chance to share the platform.

The quality cured ham and pure water from the natural springs of Alpujarras provide two key ingredients for celebrating Saint John the Baptist’s Day. Water buckets, hose pipes and water guns get blazing at the stroke of midnight.  During the day everyone is fare game when it comes to getting a good drenching.  The night is then celebrated with copious amounts of locally brewed beer and wine along with plate fulls of the finest local cured ham.

San Bernard is the patron saint of Marbella in Andalucia which celebrates in fine style the first week of June each year. This week long fair includes many traditional  elements such as food, entertainment and gastronomy. There are lots of familiar Casetas that are set up for the fair and where the parties go on all night long!

The actual San Bernabe is held on the 11th June so the annual festival and feria is always organised around that day which is a local holiday. Visitors are treated to a spectacular firework display held near the beach area close to the El Fuerte Hotel at the eastern end of Marbella. 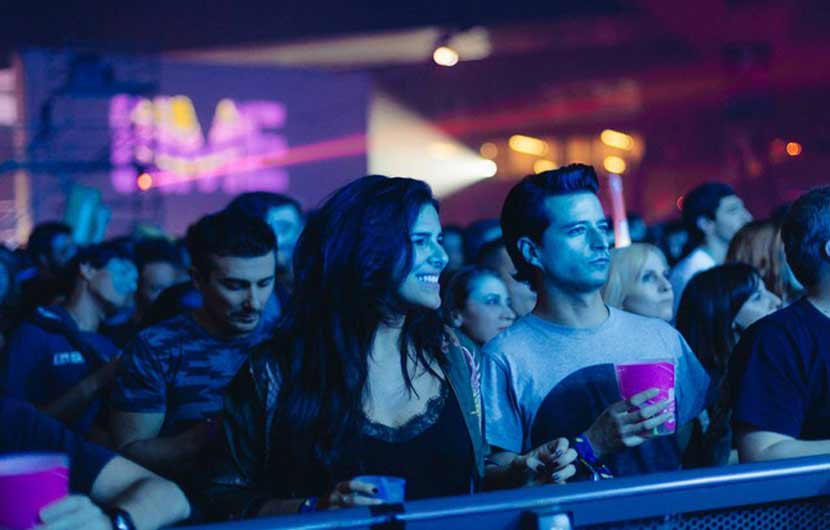